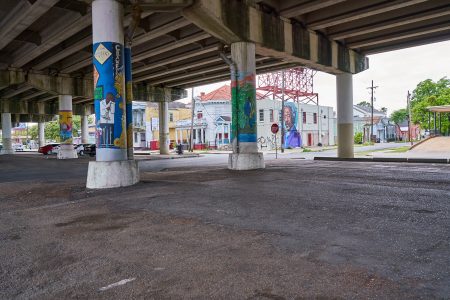 North Claiborne Avenue was built on a drained swamp in the mid-1800s, with a drainage canal running down its center. Around 1900, during the formative years of jazz, the surrounding neighborhoods—Treme and the Seventh Ward—were home to African Americans, Creoles of color, and working-class families of various European backgrounds.

Segregation intensified in the 20th century, with the new Lafitte public housing development admitting Black families only. Under Jim Crow, Black business owners made North Claiborne a commercial center for those who were denied service elsewhere.

Despite the ensuing divestment from downtown New Orleans, a community of artists maintained the cultural vitality of the Claiborne corridor. Then, in 2005, Hurricane Katrina and the levee failures devastated the area. An uneven recovery followed, with many former residents unable to resettle in their neighborhoods.

Nevertheless, Social Aid and Pleasure Clubs, Black Masking Indians, and their followers still throng their traditional parade routes along North Claiborne, with brass bands and percussionists using the acoustics of the overpass to amplify their sound.

While longstanding plans to remove the overpass have gained support in recent years, ironically some now see it as a bulwark against the wave of gentrification that has displaced Black households from Treme and the Seventh Ward.

As part of a revitalization effort in 2018, local artist Ceaux Young painted murals of local musicians on the underside of the bridge. “It’s hard to control the space you don’t own,” he told OffBeat. “My main job is to protect that footprint.”

For a virtual tour of North Claiborne Avenue, click here. 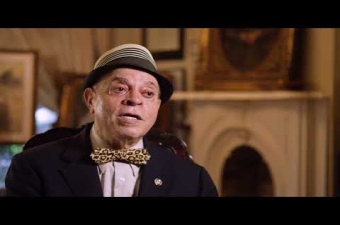 Preview of a documentary by the ongoing Claiborne Avenue History Project.

Preview of a documentary by the ongoing Claiborne Avenue History Project. 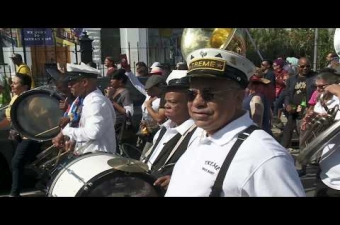 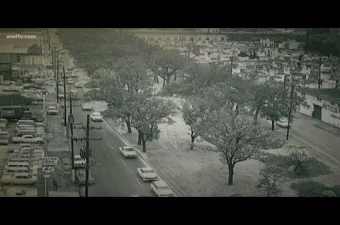 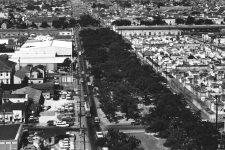 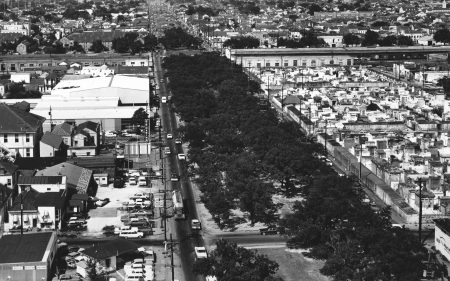 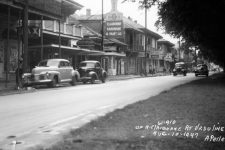 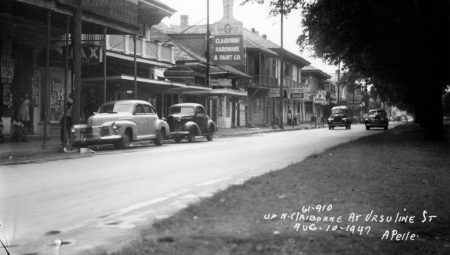 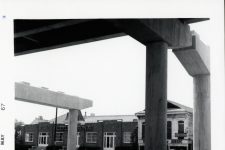 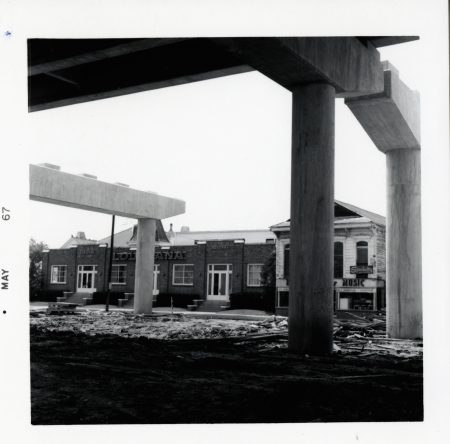 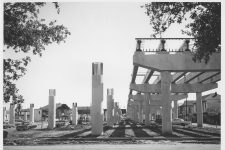 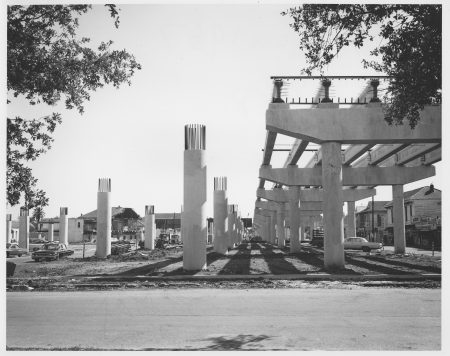 From the shade of two remaining live oak trees, a look at the construction of the overpass near Orleans and Claiborne in 1967.
Courtesy of the New Orleans Public Library. 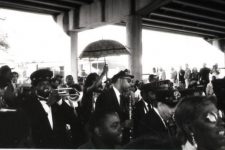 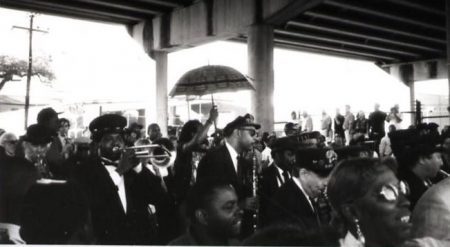 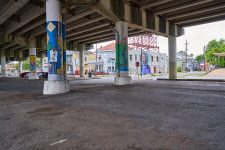 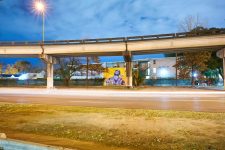 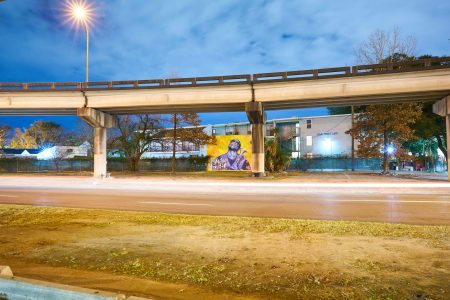 Mural of Travis Hill, aka Trumpet Black, on North Claiborne Avenue. It was painted shortly after his untimely passing by his friend, the artist Brandan "BMike" Odums.
Courtesy of Eli Mergel. Photo by Eli Mergel. 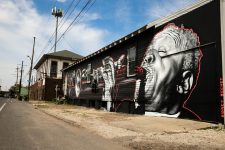 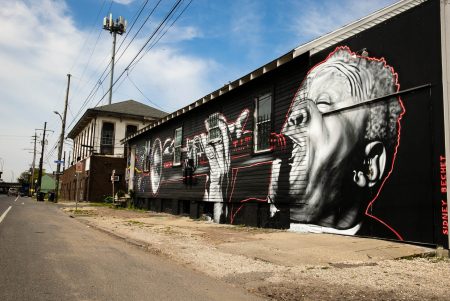