Alamo and No Name Theaters

There are no street numbers visible on these buildings — they are the first two next to the site of the Hard Rock Hotel, which collapsed during construction in 2019.

Before the building at 1027 Canal Street got its Art Deco façade it was the site of the Alamo Theatre, a small movie theater that featured ragtime and jazz bands in the 1910s. Next door, at 1025 Canal Street, was the No Name Theater, which got its moniker when owner Vic Perez held a contest to name it and was too cheap to award a prize.

Built in the early 1900s, both theaters catered to a white working class clientele, and both were known for their rowdy shows featuring small pit orchestras. These venues were frequently cited in interviews with early white jazz musicians including Tony Parenti, Tony Sbarbaro, Armand Hug, and Monk Hazel. J. Russell Robinson, who played piano with the Original Dixieland Jazz Band, had a gig in the Alamo’s pit orchestra. 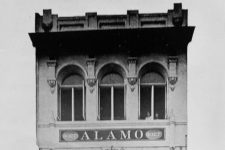 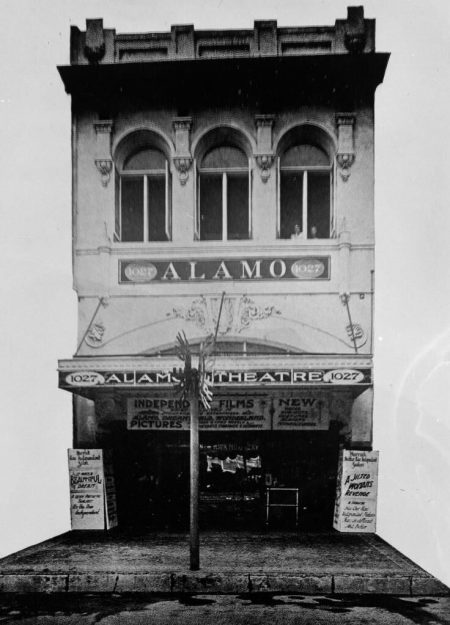 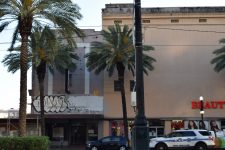 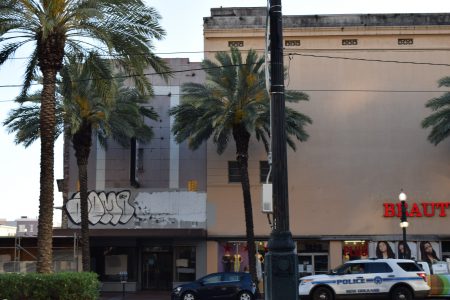 The former Alamo Theater (left) and No Name Theater (right) in 2017.
Photo by Kevin McCaffrey. 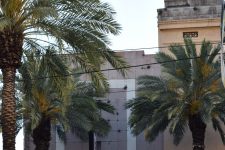 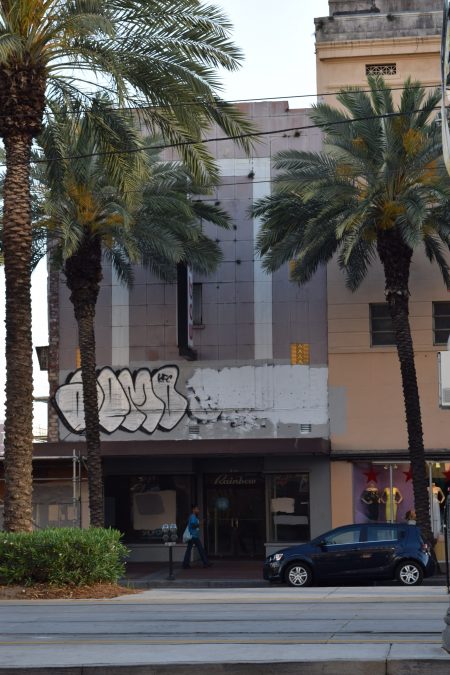 The former Alamo Theater (left) and No Name Theater (right) in 2017. 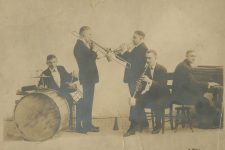 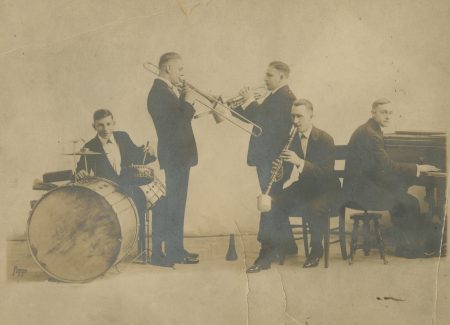 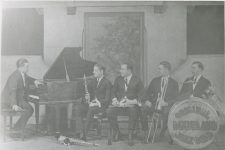 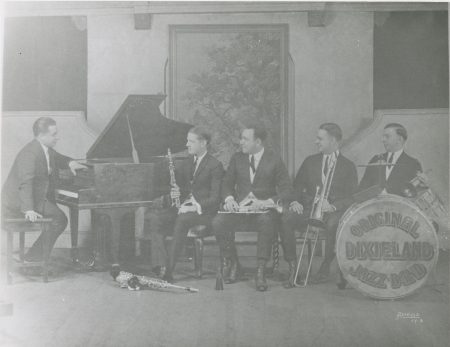