This mural, by the French graffiti artist known as MTO, depicts Malcolm Rebennack, the artist better known as Dr. John. Rebennack originally concocted the persona of Dr. John for the singer Ronnie Barron, who turned it down. Harold Battiste, a fellow New Orleanian then working as the musical director for Sonny and Cher, convinced Rebennack to take it himself.

To that point, Rebennack had worked primarily behind the scenes. He was a childhood phenom who left Jesuit High School in his junior year to do session work at Cosimo Recording Studios. He went on to write, arrange, and produce records for dozens of artists, including some rockers for Specialty Records, then managed by Battiste.

As Dr. John, Rebennack cut the unforgettable debut album “Gris Gris” in 1968. Its vibe–think burning incense, lit candles, and ethereal chanting–struck a chord in the counterculture of the time. The ensuing stage show involved snake dancers and fistfuls of glitter. It was somewhat tongue-in-cheek, but Rebennack had sincere spiritual leanings. He based the character of Dr. John the Night Tripper on a 19th century historical figure in New Orleans reputed to be a healer.

In the ensuing years Dr. John’s repertoire broadened. His collaboration with Allen Toussaint in the mid-70s produced gems like “Right Place, Wrong Time” and “Such A Night.”

This painting, which captures Dr. John in his Night Tripper mode, was produced through the NOLA Mural Project in 2018. When Rebennack died the following year, fans visited the site to leave mementos and pay respects. 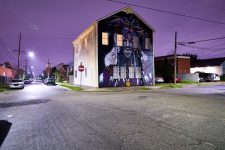 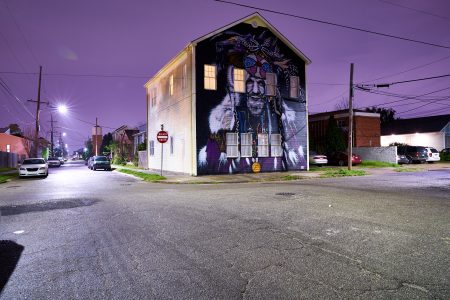 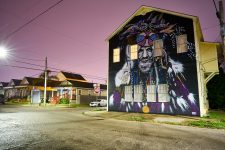 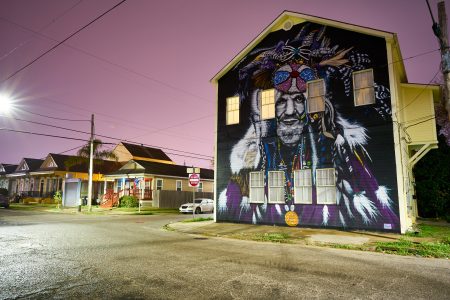 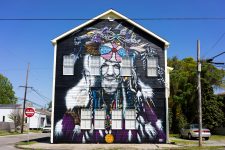 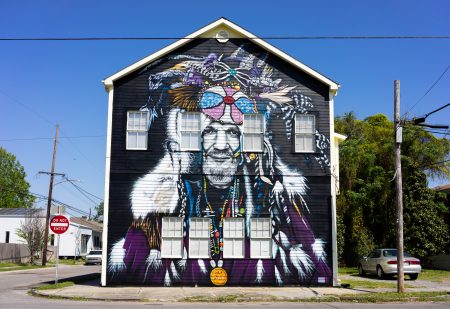 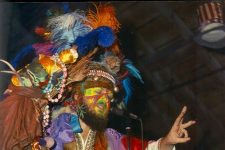 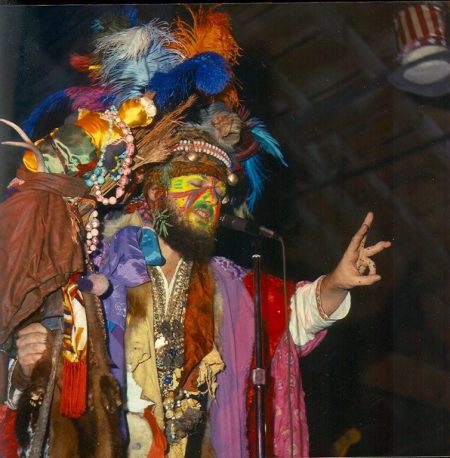 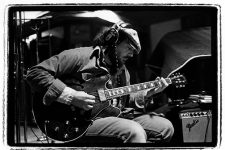 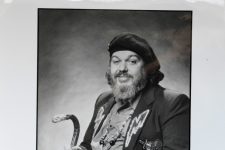 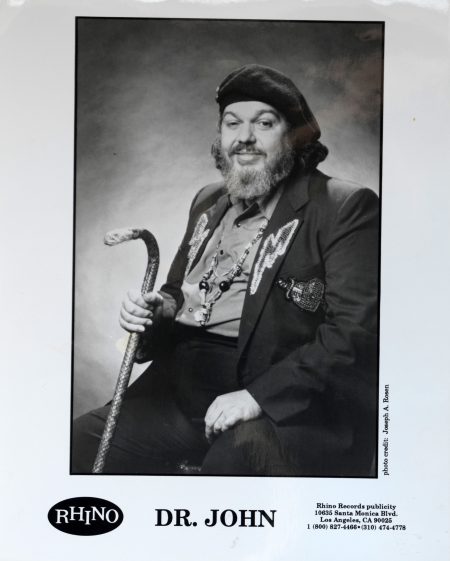 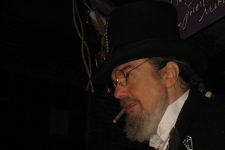 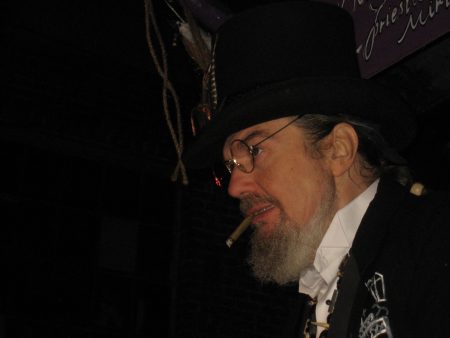