Economy Hall, a Treme landmark for more than a century, hosted performances by many of the legends of early jazz, including Buddy Bolden, Armand Piron, King Oliver, Kid Ory, Sidney Bechet, and Louis Armstrong.

The first strains of jazz emerged at dances here around 1900, with Buddy Bolden’s cornet leading the way. Starting in 1912 trombonist Kid Ory did double duty as a bandleader and promoter of dances at the hall, renting it on Monday nights and charging the public to attend his performances. (He rented nearby Cooperators Hall at the same time, keeping it dark to ward off competition or opening it for the spillover crowd if he sold out Economy Hall.)

One of Louis Armstrong’s early breaks came with Ory at Economy Hall. Ory invited the youngster (still in “knee trousers”) to join his band, taking the place of Armstrong’s mentor, cornetist Joe “King” Oliver. Armstrong was nervous but Ory put him at ease, and once they started playing, Armstrong later wrote, “There just wasn’t a thing for me to do except blow my head off….After that first gig with the Kid I was in. I began to get real popular with the dance fans as well as the musicians.”

The next big step in Armstrong’s career was joining Fate Marable’s band on a Streckfus Steamer riverboat. Accounts of how he got there vary, but Captain Verne Streckfus, who was white, claimed that he recruited Armstrong at a Monday night dance at Economy Hall after applying for a permit to attend as required by segregation law.

Ory’s band played the hall in its signature blue uniforms until 1919, when he had a falling out with former Storyville impresario Pete Lala, who used his pull with the police to shut down Ory’s gigs. According to biographer John McCusker, Ory’s life was probably threatened, too, compelling him to leave New Orleans.

In Economy Hall: The Hidden History of a Free Black Brotherhood, author Fatima Shaik shows how the venue’s musical legacy came thanks to a “benevolent society that provided the location, the organizational structure, and the community in which jazz could flourish in the 20th century.”

That group, the Société d’Economie et d’Assistance Mutuelle, was founded by French-speaking free people of color in 1836. It provided a community-based insurance system for its members and undertook a number of civic-minded endeavors, including organizing for racial justice. The society counted several musical families among its members, and patronized some of the city’s top musicians in in carrying out its work.

In 1857, for example, the grand opening of Economy Hall–the society’s headquarters–featured an orchestra playing waltzes on an elevated bandstand overlooking a 70-foot-long theater. In 1875, Shaik writes, the society “passed a resolution to parade through the streets en masse for every occasion—from celebrations to funerals.” They did so with brass bands specifically to evoke their previous marches for black suffrage and military support for the Union in the Civil War (in 1880 it retained the Eagle Brass Band as a house band.)

The society hosted a number of other cultural events, including theater and opera productions, and rented out the hall for functions of other benevolent societies and organizations. In the Jim Crow era, Economy Hall remained a dignified venue for Black social gatherings.

In 1945 the society sold the building to St. Mark Missionary Baptist Church. As Shaik reports, its pastor, Arthur James Alexander, had been a cornet player, and “parishioners could see where jazz greats Buddy Petit, Kid Rena, and George Lewis had scratched their names into the plaster wall near the bandstand.”

Twenty years later Hurricane Betsy laid waste to the building, and the lot was eventually incorporated into the back yard of Craig Elementary School, which has a rich musical history of its own. 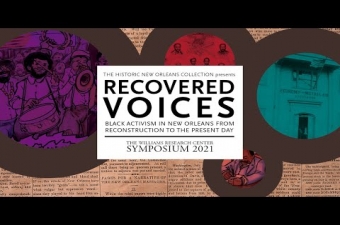 Video with closed captioning by The Historic New Orleans Collection. 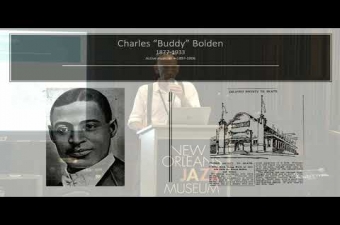 Author John McCusker discusses Louis Armstrong's relationship with Kid Ory, who brought him to the bandstand at Economy Hall.

Author John McCusker discusses Louis Armstrong's relationship with Kid Ory, who brought him to the bandstand at Economy Hall. 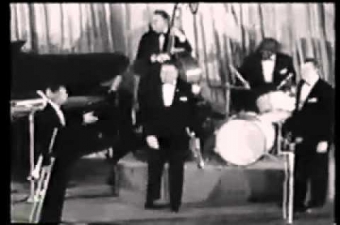 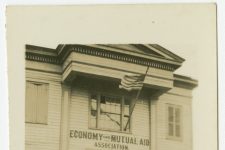 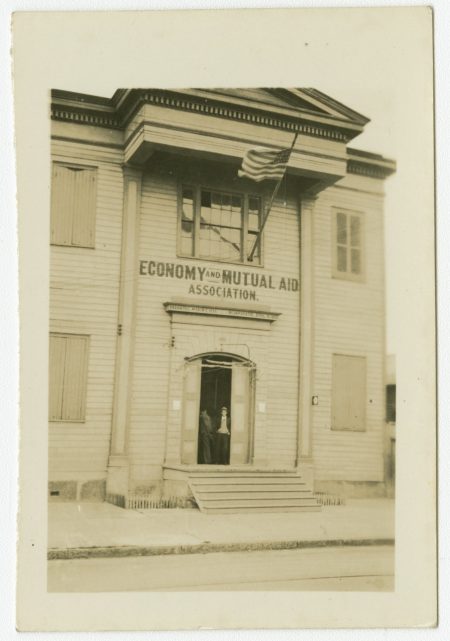 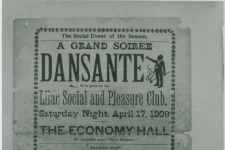 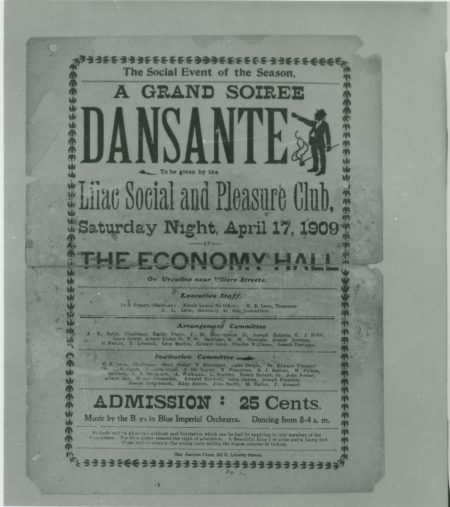 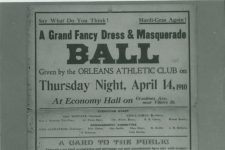 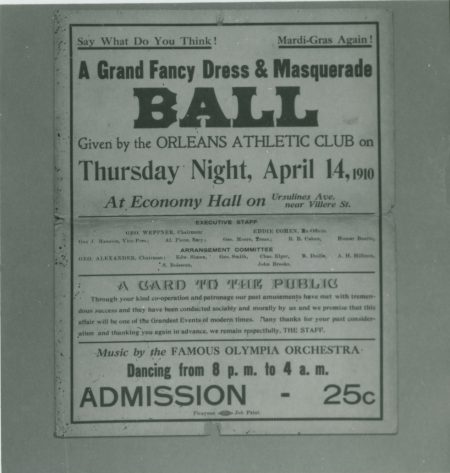 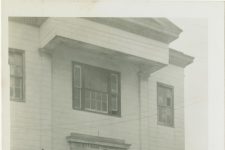 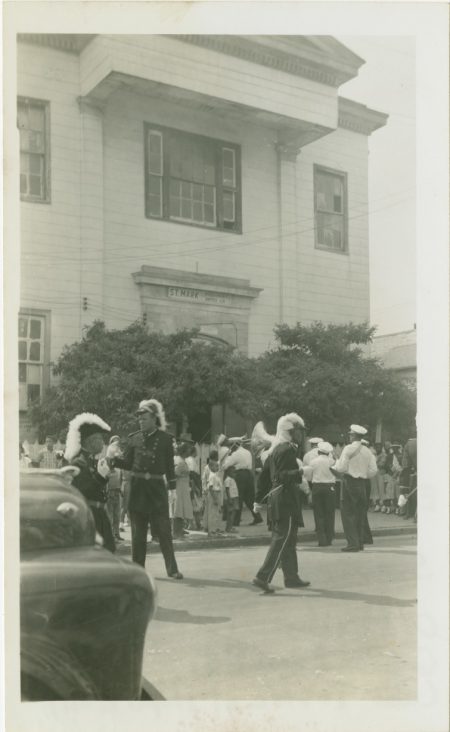 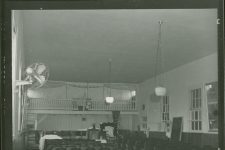 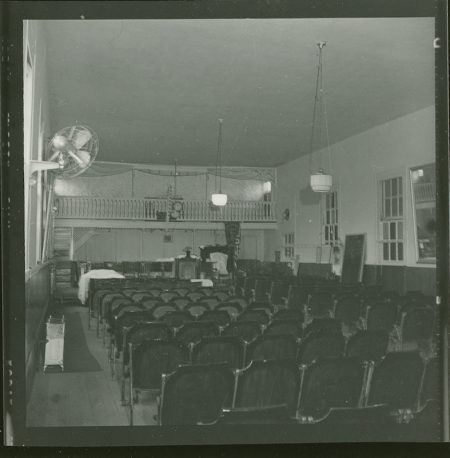 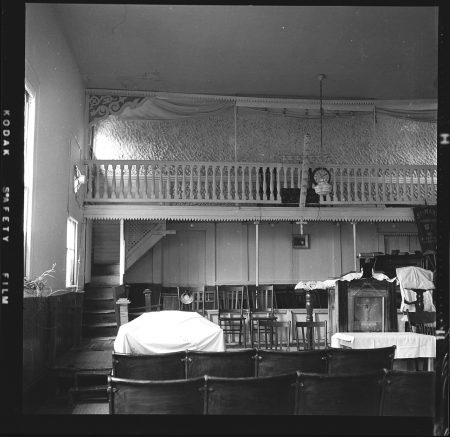