The Municipal Auditorium opened in January 1930 as “at once an opera house, a stadium, a concert hall, a Greek theater, an exhibition room, a setting for Carnival balls and a little theater for amateur dramatics.” It was a state-of-the-art facility customized for the city’s elite: it included a makeup room with a special passageway to the stage for Mardi Gras royalty to make grand entrances, and a glass wall so patrons could smoke in the lobby and still see the stage.

Business leaders intended the auditorium to attract conventions and restore New Orleans’ cultural cachet following the loss of its beloved French Opera House to a fire in 1919. Their proposal, endorsed by the mayor, was to build the venue on Congo Square, where enslaved Africans and their descendants had introduced profoundly influential traditions of music and dance to the city. Opposition thwarted the plan, but not because hallowed ground was at stake: in the 1920s the square contained a park and swimming pool, and the Playground Community Service Commission objected on behalf of the (exclusively white) children who played there.

The auditorium wound up on an adjacent block, where it hosted concerts of every description over the next 75 years. Homegrown heroes including Louis Armstrong, Mahalia Jackson, and Fats Domino performed here, as did Elvis Presley, Led Zeppelin, Run DMC, and just about every other marquee name in popular music. A few dates stand out in local lore: On October 19th, 1952, Hank Williams staged his wedding here at 3pm and again at 7pm, just months before his untimely death. On December 30, 1962 New Orleans’ own R&B star Ernie K-Doe “battled” James Brown, and, at least in K-Doe’s estimation, bested the Hardest Working Man in Show Business with mid-song suit changes and acrobatics with the microphone stand.

Beginning in the 1940s, traditional jazz enthusiasts helped revive interest in the style by promoting concerts at the Municipal Auditorium. There were plans for a jazz festival here in 1965, but they foundered in part because the facility was segregated. Civil rights organizers had challenged the color line here practically as soon as it opened. In 1940, black concertgoers protested to gain access to the balcony to see the black opera singer Marian Anderson. In 1948 the jump-blues star Louis Jordan risked arrest when, from the stage, he called for integrating the audience. In 1953 a coalition of social aid and pleasure clubs managed to hold an integrated event here, but years would pass before all New Orleanians were welcome.

The first major jazz festival at the Municipal Auditorium came together in 1968, featuring modern as well as traditional players. Another followed in 1969, paving the way for the New Orleans Jazz and Heritage Festival, which kicked off here in 1970. Even after Jazz Fest moved to the Fair Grounds in 1972, nighttime concerts associated with it continued at the auditorium.

From the 1970s onward the Municipal Auditorium hosted all kinds of audiences, from Mardi Gras Indian gatherings on St. Joseph’s Night to minor league hockey games. In the 1980s it was a home for Mid-South Wrestling, which featured The Junkyard Dog, an African American wrestler with an avid fanbase in New Orleans (he would later adopt the persona of Stagger Lee, the folk hero namesake of R&B hits by New Orleanians Archibald and Lloyd Price).

In 2005, floodwater from the levee breaches inundated the auditorium’s basement, and the city spent years haggling with FEMA over a settlement for the damage. The figure reached after arbitration in 2018 was half of what the city said it needed to renovate. So, while Congo Square has seen a surge in public interest since Hurricane Katrina, the onetime “monument to the business community” sits vacant.

A 1982 Mid-South Wrestling match featuring Stagger Lee, who enters the ring to the strains of New Orleans R&B star Lloyd Price at 0:45.

A 1982 Mid-South Wrestling match featuring Stagger Lee, who enters the ring to the strains of New Orleans R&B star Lloyd Price at 0:45. 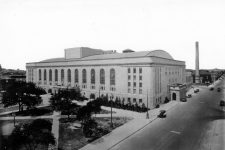 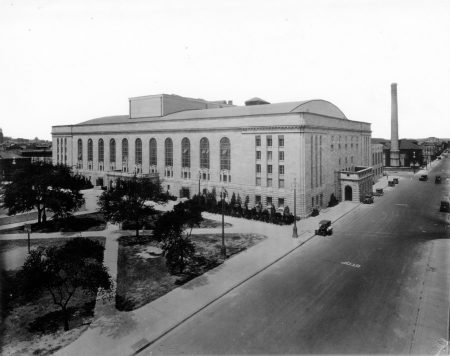 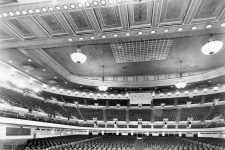 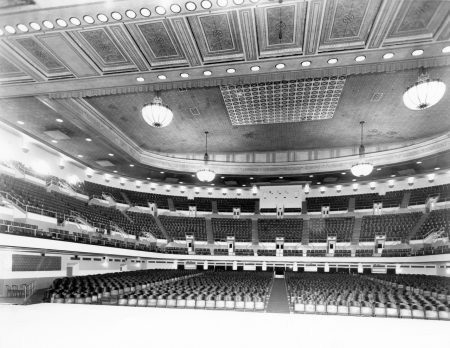 View from the Municipal Auditorium stage in the 1940s.
Courtesy of the Charles L. Franck Studio Collection at The Historic New Orleans Collection. Photo by Charles. L. Franck. 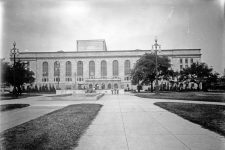 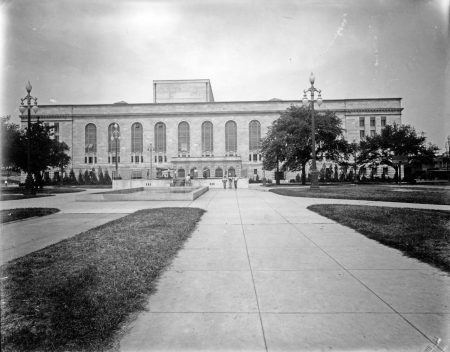 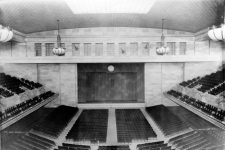 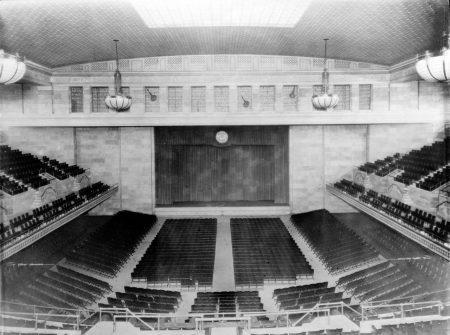 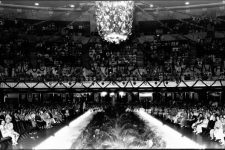 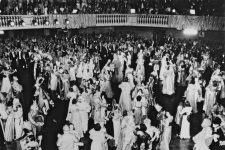 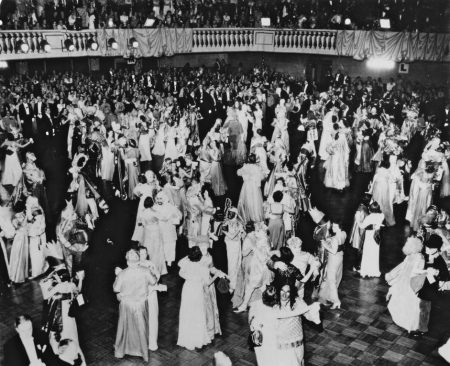 A Mardi Gras ball in the 1930s in the Municipal Auditorium.
Public domain. Photo by unnamed WPA photographer. 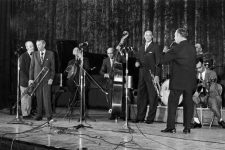 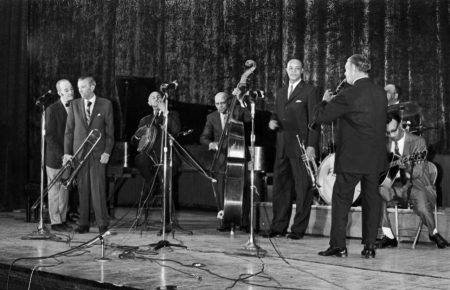 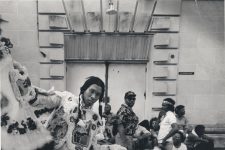 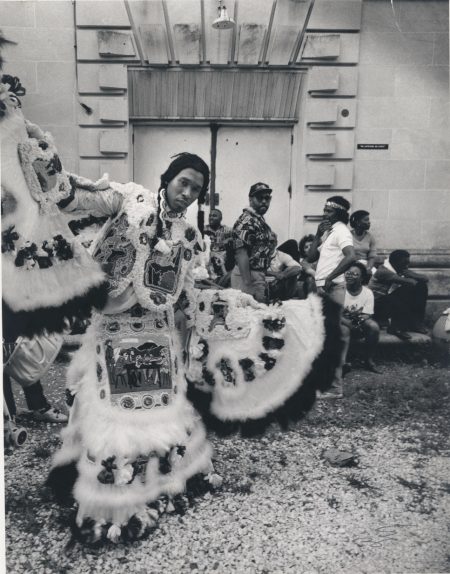