Racehorse owner Steve Valenti opened the Paddock Lounge in 1925. In its early years, floor shows began every hour from 11pm till 8am; the audience for the last one included a mix of people getting off of night shifts at other clubs and 9-to-5ers on their way to day jobs.

After World War II, the Paddock helped promote a revival of traditional New Orleans jazz. Oscar “Papa” Celestin, one of the city’s most popular bandleaders in the first decades of the 20th century, used a regular gig here to support a late-career comeback. After many fallow years he began making radio and television appearances and returned to the studio, recording the locally beloved “Marie LaVeau” shortly before his death in 1954.

One of the pianists who worked with Celestin, Octave Crosby, also led his own group at the Paddock. Clarinetist Alphonse Picou, renown for his solo on the jazz standard “High Society,” got top billing here, too.

The lounge, managed by Valenti’s wife Charlotte, included a kitchen serving seafood and fried chicken and, for a time, featured a revolving stage. At the top every hour, the musicians were required to play “When the Saints Go Marching In,” march outside of the club, and then file back in. The mock parade appealed to audiences increasingly made up of out-of-towners.

As J. Mark Souther points out in New Orleans on Parade: Tourism and the Transformation of the Crescent City, “[midcentury] tourists who went to New Orleans sought encounters with presentations of black jazz that enabled them to retain their preconceived notions.” At places like the Paddock and the Mardi Gras Lounge, this meant bands composed of aged black men like Celestin, Crosby, and Picou, “authentic” artists packaged for white entertainment. (The Paddock may have been the first in a long line of New Orleans establishments to advertise, baselessly, that it was the place where jazz originated.)

Still, until the 1980s, the Paddock employed and raised the profile of scores of musicians who generally lacked the means to reach paying audiences themselves. If access to the market on Bourbon Street entailed playing along with promoters’ gimmicks, many artists took the opportunity to tap a new source of income. 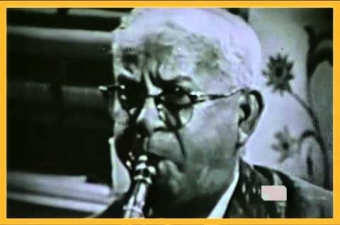 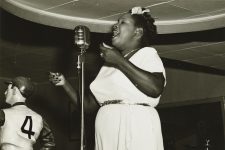 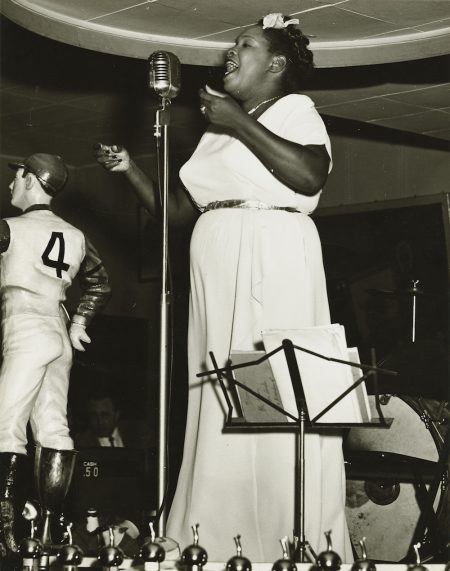 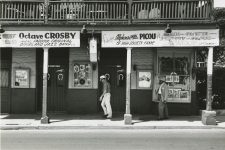 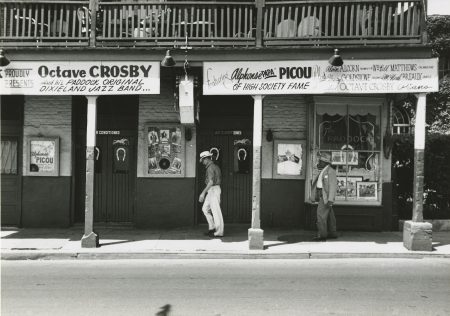 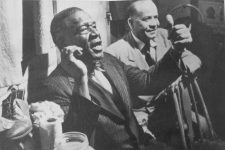 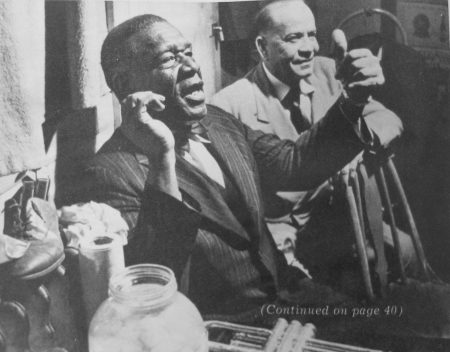 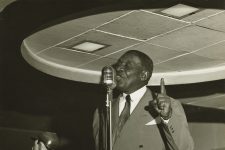 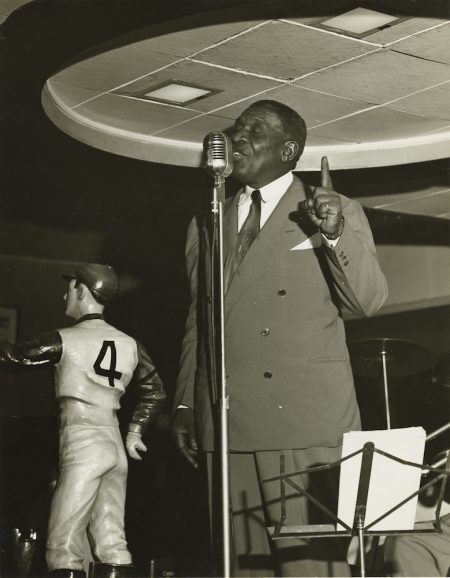 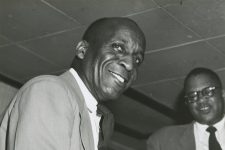 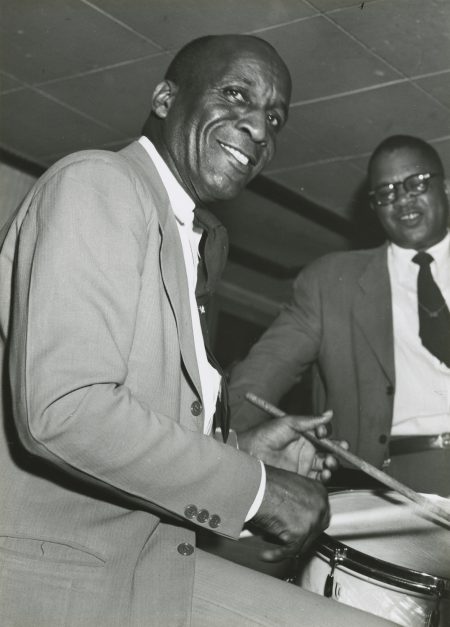 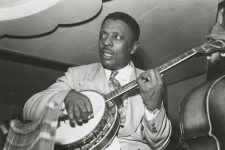 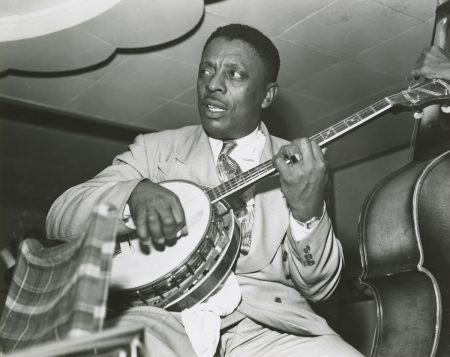 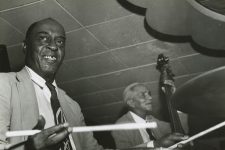 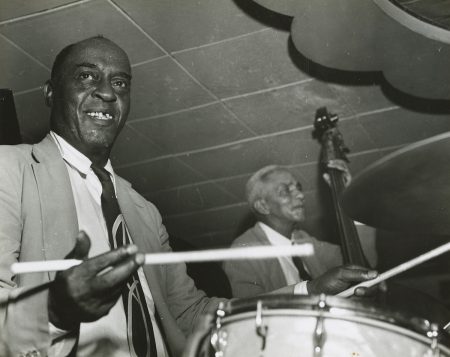 At the Paddock Lounge in 1956: Joe Watkins on the drums and Alcide "Slow Drag" Pavageau on the bass.
Courtesy of Ralston Crawford Collection of Jazz Photography, Hogan Jazz Archive, Tulane University. Photo by Ralston Crawford. 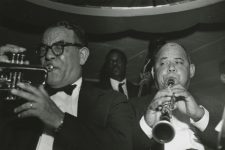 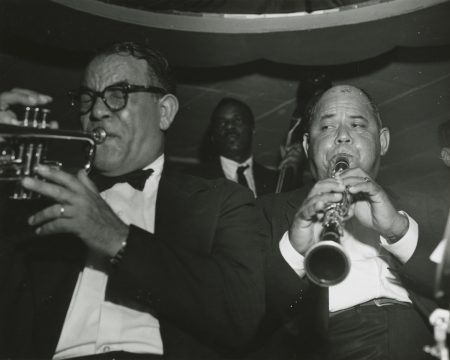 At the Paddock Lounge in 1957: Albert 'Fernandez' Walters on trumpet, Frank Fields on bass, and Louis Cottrell on clarinet. Fields had been part of the core band at J&M Studio, playing on seminal R&B records.
Courtesy of Ralston Crawford Collection of Jazz Photography, Hogan Jazz Archive, Tulane University. Photo by Ralston Crawford. 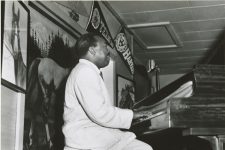 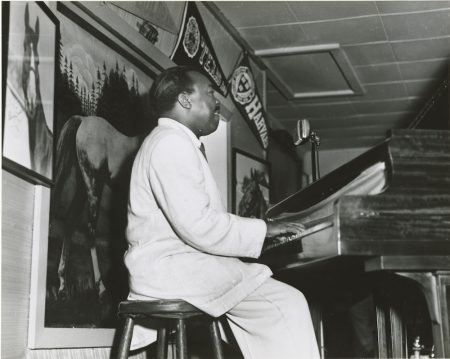 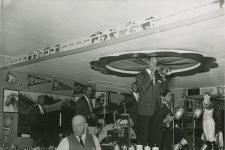 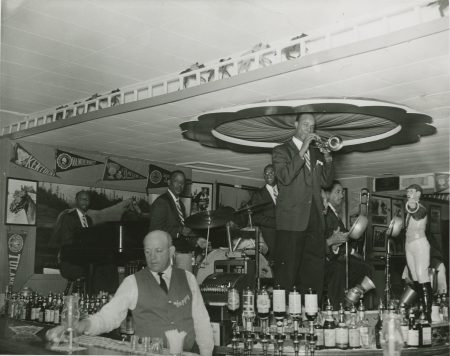 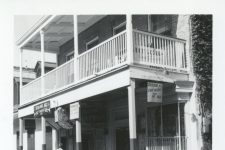 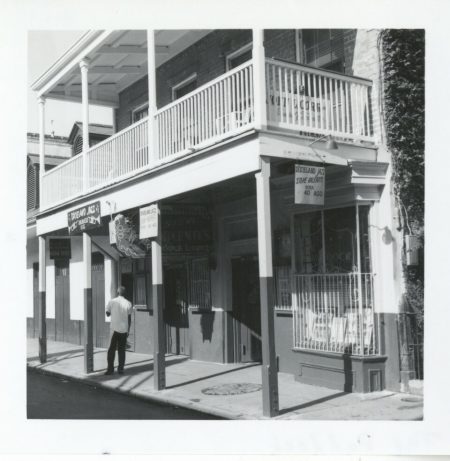 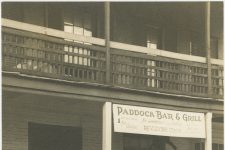 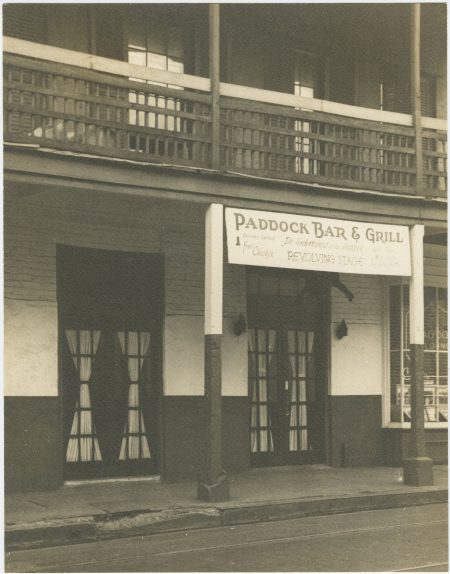 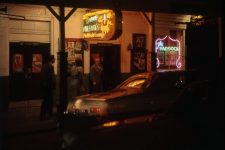 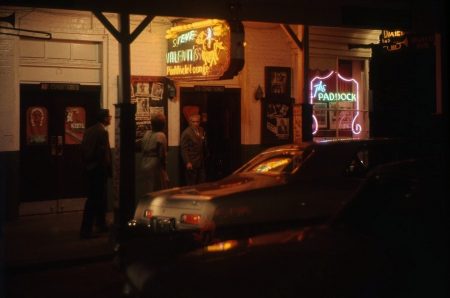 The Paddock Lounge in December 1963.
Courtesy of Laird Scott. Photo by Laird A. Scott.