This city-run rec center is a longtime home of the Tambourine and Fan youth organization, which was integral to the brass band revival of the late 1900s and to the greater cultural fabric of Treme. Civil rights leaders Jerome Smith and Rudy Lombard created the program in 1968, and Smith still runs it in 2021. In Talk That Music Talk, an essential volume about the city’s brass band community, Bruce “Sunpie” Barnes writes that Smith “created a curriculum for understanding how music, street culture, and social justice are connected in New Orleans, and then taught it by example.”

While Smith earned a national profile as an activist—he was a Freedom Rider who dealt directly with Robert F. Kennedy—he stayed rooted in Treme, where he grew up. With Tambourine and Fan, he crafted after-school and summer programs to cultivate social awareness among children in the neighborhood. “The tambourine symbolizes Mardi Gras Indians,” Smith explained, “and the fan is that artifact popularized in the street parade. But both connect to the church, and spirituality.” He earned the nickname Big Duck, since kids followed him like ducklings.

Smith was a drum major at Joseph S. Clark High School under band director Yvonne Busch in the 1950s, and played in Southern University’s renowned marching band. He considered music, and New Orleans’ brass band tradition in particular, as a sacred practice grounded in community rituals. Through Tambourine and Fan, he put instruments in children’s hands, played jazz records for them, and taught them to listen. “The saying of ‘good morning’ and ‘good evening’ is New Orleans music,” he often noted.

Several brass band musicians emerged from the program, including the core of the New Birth Brass Band, bass drummer Cayetano “Tanio” Hingle and snare drummer Kerry “Fatman” Hunter, and the group’s front man for many years, trumpeter Kenny Terry. Murals on the Treme Community Center link students like them to a deep historical lineage: one image reproduced a photograph of the band at the Colored Waifs Home for Boys, where, as an 11-year-old in 1912, Louis Armstrong took cornet lessons that ultimately helped him change American music.

It’s a poignant connection to make on this particular plot of land, which was once home to the Batistes, a musical family that embodied Jerome Smith’s ideal of community-oriented art—they paraded as Baby Dolls for Carnival and formed the Dirty Dozen Kazoo Band, the precursor to the Dirty Dozen Brass Band. One of its members, “Uncle” Lionel Batiste, became an iconic bass drummer and grand marshal. Their house was one of more than 100 bulldozed by the city in the late 1960s and early 70s to make way for a “cultural center” that was never completed (the land eventually became Louis Armstrong Park). Organizers who’d opposed that project compelled the city to build the Treme Community Center as a concession to the neighborhood.

The latest threat to the cultural continuity of Treme came after Hurricane Katrina, when the city’s uneven recovery contributed to a wave of gentrification here. Along with structural changes across the street at Craig Elementary, the social networks that Tambourine and Fan grew from and reinforced have frayed in recent years. Amid the changes, Smith still teaches young people here “that the music is of them, and from them.”

Read more about the Treme neighborhood. 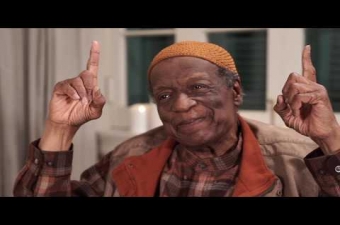 Video by The NORD Commission. 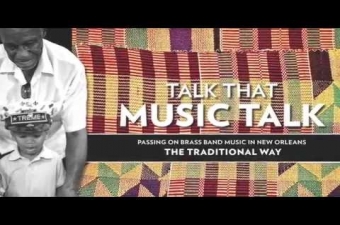 Video by the Neighborhood Story Project. 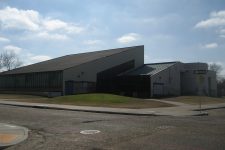 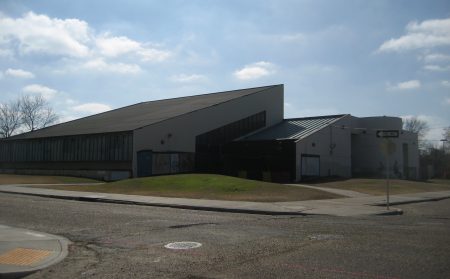 Treme Community Center in 2010.
Courtesy of Infrogmation. Photo by 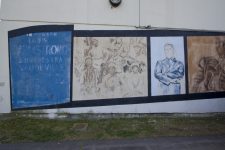 Murals on the Treme Community Center in 2011. The second panel from left depicts Armstrong's band at the Colored Waifs Home for Boys.
Courtesy of Creative Commons. Photo by Derek Bridges. 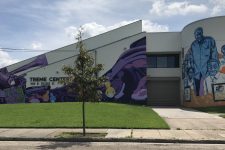 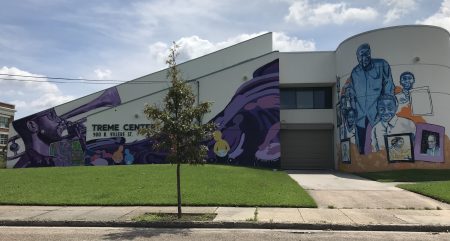 The Treme Community Center in 2021. Troy "Trombone Shorty" Andrews is depicted on the left. On the right is civil rights icon Jerome "Big Duck" Smith.
Courtesy of Jordan Hirsch. Photo by Jordan Hirsch.