Reid Raymond and Al Jackson opened Treme’s Petit Jazz Museum in 2017. Jackson, a Treme native, has spent decades studying New Orleans’ music history, and uses the museum to display his personal collection of archival photographs, vintage instruments, and other memorabilia. (He is also a founding member of the Black Men of Labor Social Aid & Pleasure Club — decorations from the club’s headquarters, Sweet Lorraine’s, adorn one of the museum’s walls.)

The museum features paintings by the artist Joseph Parker, which Jackson commissioned to highlight aspects of the city’s musical history that can get short shrift in popular narratives. A painting depicting the drumming and dancing in Congo Square, for example, challenges the authority of the ubiquitous image of a musical gathering there by Edward W. Kemble. That black-and-white etching, based on the decades-old account of a white observer, shows a central figure with a rigid torso, a posture more common in European than African dance traditions. Parker’s image, painted in a vibrant palette, shows bodies in motion the way they often were in the African diaspora.

The museum also displays artifacts from the American Federation of Musicians Local 496 — the black musicians’ union — which Jackson acquired from the branch’s former building on North Claiborne Avenue. The local operated there from the early 1950s until the forced merger of the black and white unions in 1969. By the 1990s it had fallen into disrepair, and Jackson bought the property to make it into a museum. Unfortunately, the building collapsed in 2002, but not before he secured a trove of archival material from it, including ledgers and contracts that offer a rare look at the inner workings of the city’s music economy at midcentury.

Visitors to the museum often receive one-on-one tours of the collection with Raymond or Jackson, who engage in a dialogue about the history of music in New Orleans. As Jackson says, “Come with an open mind about the origins of jazz.”

General admission is $10, $6 for high school students, and $8 for older students and seniors.

Video by WGNO-TV / News with a Twist. 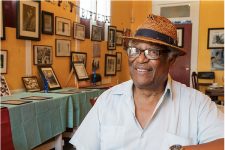 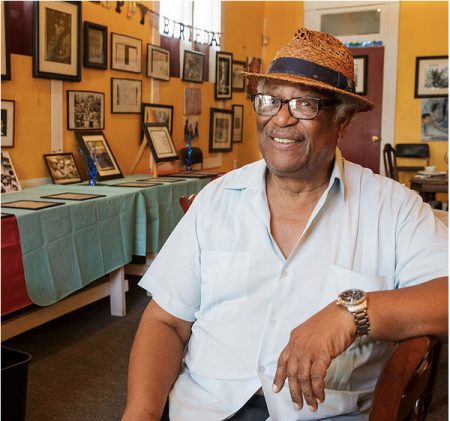 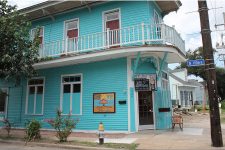 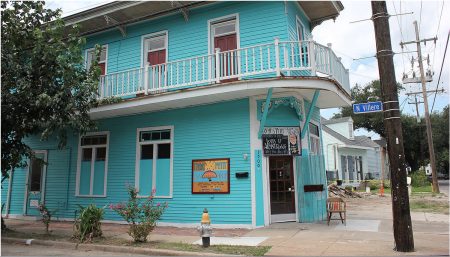