WWOZ 90.7FM is the New Orleans Jazz and Heritage Station, a community radio station broadcasting the music of the Crescent City to the world. The station went on the air in 1980, after years of organizing by brothers Jerry and Walter Brock, who led a group of devoted volunteers. The first studio was a beer storage room upstairs at Tipitina’s nightclub.

In October 1984, ‘OZ moved into the “kitchen building” in Armstrong Park, with a second floor studio surrounded by live oaks that came to be called the Treehouse (the building once served as a commissary for  Perseverance Hall next door, a venue for live music going back to the 19th century). The station also used an administrative office just outside Armstrong Park in the former home of Anthony “Tuba Fats” Lacen.

Many of New Orleans’ finest musicians, including Dave Bartholomew, Earl King, James Booker, and Danny Barker, appeared live on WWOZ and sat for live interviews. Some became broadcasters, most notably R&B singer and raconteur Ernie K-Doe, whose soliloquies on the station covered everything from men’s haircuts to the importance of paying attention to his own prowess as a show host.

In 1987 the station’s license was transferred from the Nora Blatch Foundation, where the station had begun, to the New Orleans Jazz & Heritage Foundation, the entity that owns Jazz Fest. This helped to stabilize funding for WWOZ, and over the succeeding years the station became integral to the local music scene, promoting artists and events and building a community of fans.

In his autobiography, Bob Dylan recalled recording an album in New Orleans in 1989, where his radio “was always on in the kitchen and always tuned to WWOZ, the great New Orleans station… My favorite DJ, hands down, was Brown Sugar… I wondered if she knew her voice had drawn me in, filled me with inner peace and serenity and would upend all my frustration.”

WWOZ broadcasted from the Treehouse until August 27th, 2005, when the station went dark and was evacuated as Hurricane Katrina approached the Gulf Coast. In the aftermath of the storm and the levee failures, which left Armstrong Park without electricity, the station relocated to a building alongside the French Market, where it continues to broadcast today, both over the airwaves and online.

WWOZ is listener-supported and programmed by volunteers. To learn more. click here. 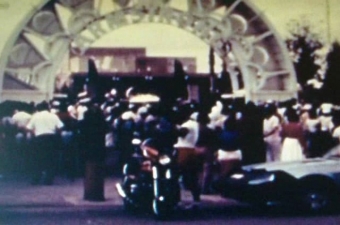 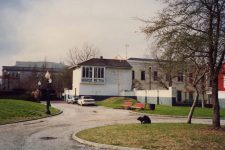 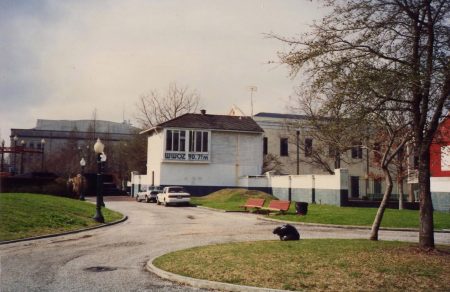 The WWOZ "treehouse" studio in 1991.
Wikimedia Commons. Photo by Infrogmation. 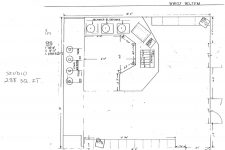 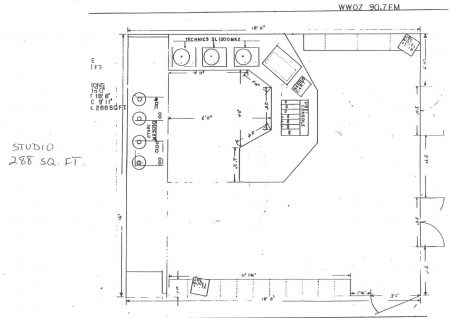 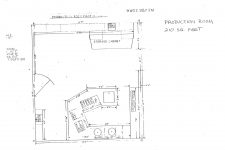 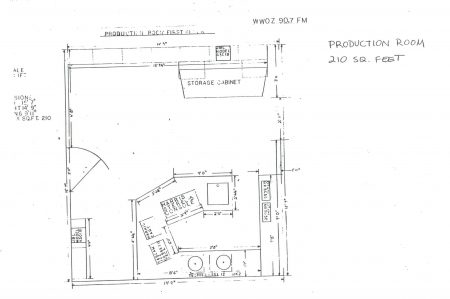 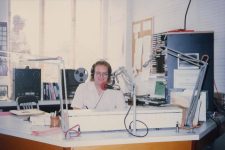 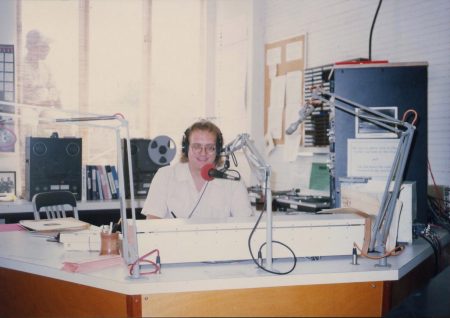 Dan Meyer in the WWOZ Treehouse.
Courtesy of WWOZ. Photo by Infrogmation. 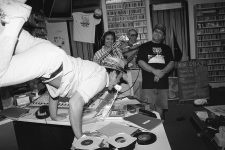 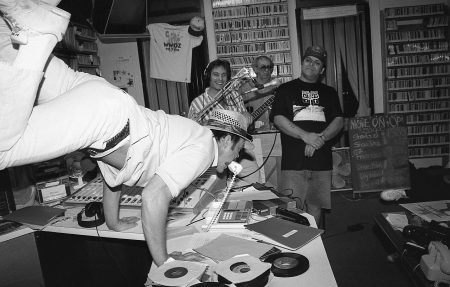 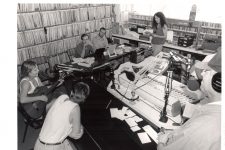 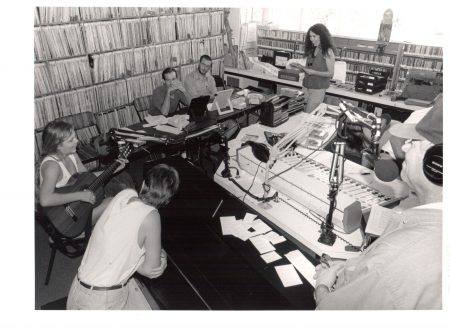 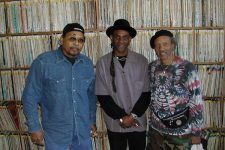 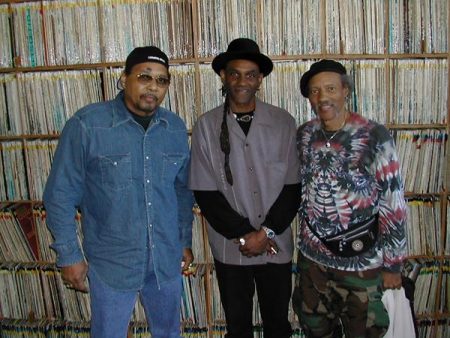 Aaron, Cyril, and Charles Neville (left to right) in the WWOZ Treehouse studio.
Courtesy of WWOZ. Photo by Black Mold. 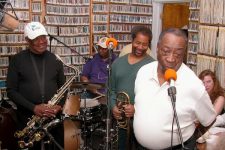 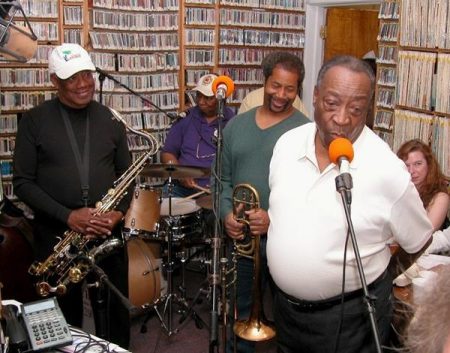 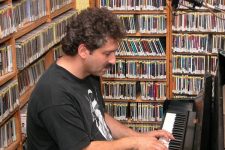 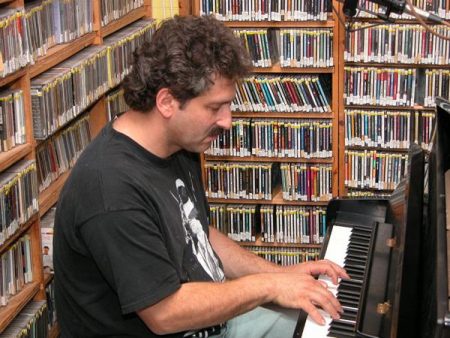 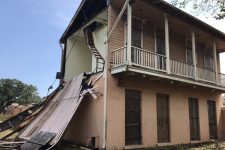 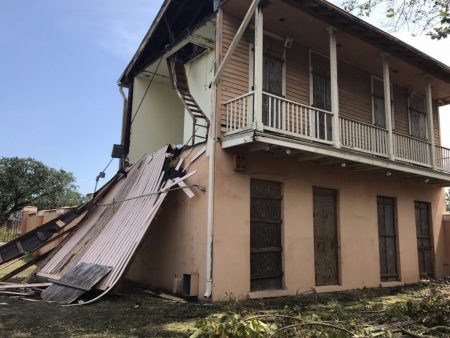 WWOZ.org
WWOZ official website with live stream
WWOZ on Facebook
Follow WWOZ on Facebook for updates on New Orleans music, festivals, and artists
An Oasis of Music: An oral history of WWOZ's legendary Treehouse studio, 2016
Further reading on WWOZ's illustrious Treehouse studio from the Louisiana Endowment for the Humanities' Digital Encyclopedia
"The Wizards of 'OZ: While showcasing New Orleans culture, radio station WWOZ became a cultural icon itself" by Dave Walker, The Times-Picayune, May 3, 2006
A look at WWOZ's response to Hurricane Katrina and the levee failures
New Orleans Calling: After the Flood: An Untold Story of WWOZ, January 9, 2017
An hour of stories and music from WWOZ's post-Katrina recovery
"Meet Jerry Brock: A Man in Demand" by John Radanovich, OffBeat, January 1, 1997
Further reading on the co-founder of WWOZ from Offbeat
Loading...