New Orleans is an unlikely place to move to quit drinking, but Alex Chilton always had his own way of doing things. He got to town in 1982 and found work washing dishes and trimming trees. At one point he played guitar and sang in a cover band at Papa Joe’s on Bourbon Street. Most people in the crowd had no idea that, in the estimation of Spin magazine, Chilton had “essentially invented indie and alternative rock.”

The first time Chilton recorded a song, in 1967, it went to Number 1. He was a moody sixteen-year-old in Memphis who’d just joined a garage band soon to be renamed the Box Tops. Their manager arranged for them to record “The Letter,” produced by a young Dan Penn. Chilton sang in a soulful rasp that, famously, belied his age (author Holly George-Warren reports that he was abetted by a sore throat and a late night before the recording session).

Chilton spent years touring and recording with the Box Tops, but poor management and intra-band strife left him eager to focus on his own material. In 1971 he returned to Memphis to collaborate with Chris Bell on what became the debut album of a new band, Big Star. “#1 Record,” as it was cheekily titled, ran into distribution and marketing problems. Though it flopped commercially, critics hailed Chilton’s songwriting and guitar work.

Their second record had a similar reception, and, by the third, Chilton had an escalating drinking and drug habit. Despite low sales, Big Star’s power pop would garner a cult following and be a major influence on bands from R.E.M. to the Posies to the Replacements.

In 1977 Chilton landed in the punk scene in New York. He developed solo material, playing CBGB’s and Max’s Kansas City. He also stepped away from the spotlight to work with other artists, producing the Cramps’ first album and helping launch Tav Falco’s Panther Burns while playing with them as a sideman.

By 1983 Chilton had stopped boozing and found a home here in Treme. The property, like the man, managed to attract attention and remain obscure at the same time. The house belonged to Jeanne Nathan and Robert Tannen, an urban planner and artist whose metal and cinder block sculptures filled the front yard. Chilton rented a tiny outbuilding in a garden in the back. (Another rock ‘n’ roll hero hunkered here, too: Ray Davies, front man for the Kinks, convalesced in the attic after getting shot in the leg on Burgundy Street in 2004. Chilton, a fan, brought him a guitar to noodle on.)

For a while Chilton lived here with no television or phone. He made music when he felt like it, or sometimes when asked. He did some touring with Rene Coman, a classically trained bassist, and the drummer Doug Garrison. Coman and Garrison would join forces again—without Chilton—in the Iguanas, a roots rock band they’ve been with since the early 90s.

In 1995 Chilton bought a run-down cottage not far from Tannen’s house. When Big Star’s “In the Street” was adapted as the theme song for “That ‘70s Show,” he used the royalties to fix it up a bit. He loved Treme: it was full of music and free of fanboys. As author Keith Spera put it: “A license to live as he pleased was New Orleans’ gift to Alex Chilton.”

He stayed at home even when Hurricane Katrina came calling in 2005, and in the aftermath of the levee breaches he was ferried to safety by a helicopter. He returned right away, and had been gigging and producing other artists when, in 2010, he suffered a fatal heart attack. 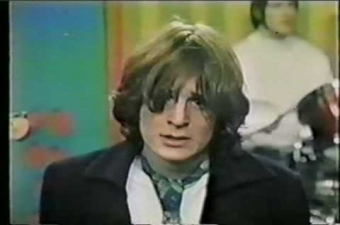 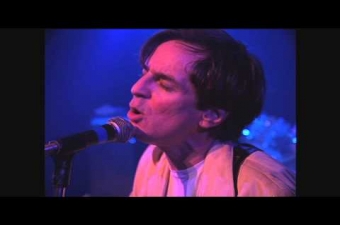 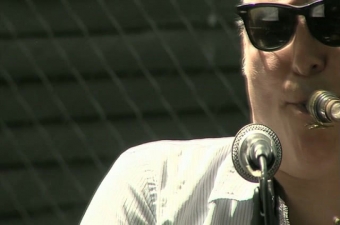 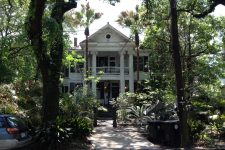 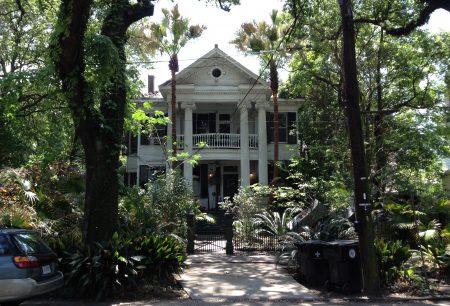 The home of Robert Tannen and Jeanne Nathan. Alex Chilton rented an outbuilding on the property and Ray Davies recovered from a gunshot wound here.
Photo by Jordan Hirsch. 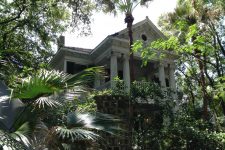 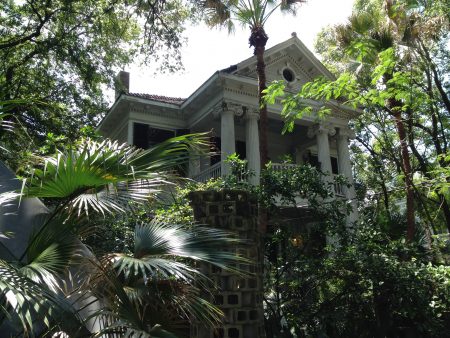 The home of Robert Tannen and Jeanne Nathan. Tannen, an artist, created the metal and cinder block sculptures in the yard.
Photo by Jordan Hirsch. 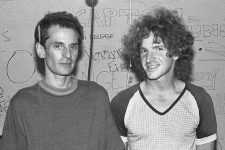 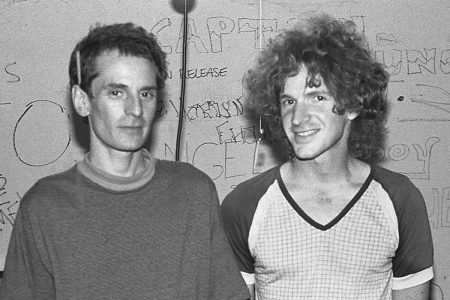 From 1986, Alex Chilton (left) with Scott Miller, one of the countless artists he influenced.
Wikimedia Commons. 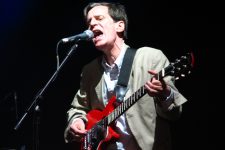 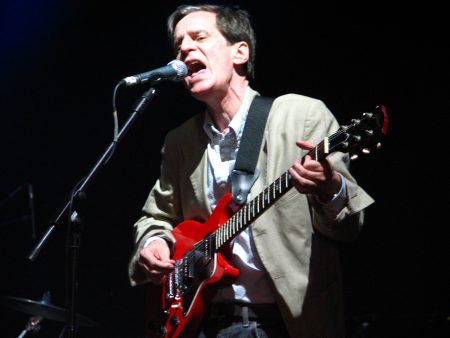 "Alex Chilton Lets Them Scream," by Keith Spera, OffBeat, May 1, 1995
Further reading from OffBeat
A Man Called Destruction: The Life and Music of Alex Chilton, From Box Tops to Big Star to Backdoor Man by Holly George-Warren
Buy the book
Big Star: The Story of Rock’s Forgotten Band by Rob Javonovic
Buy the book
Groove Interrupted: Loss, Renewal, and the Music of New Orleans by Keith Spera
Buy the book
"Big Star: Nothing Can Hurt Me" by Drew DeNicola and Olivia Mori
Watch the documentary
Loading...