The Works Projects Administration built City Park Stadium (now called Tad Gormley Stadium) in 1937. It primarily hosted sporting events, but operas and other concerts were always in the mix. On September 16, 1964, it was the scene of a small riot.

Some 700 teen-agers broke out in disorder at City Park Stadium Wednesday night midway through a spirited stage appearance by England’s madcap Beatles.

[Police said that they] administered spirits of ammonia to more than 200 youngsters who collapsed from the excitement.

From the New Orleans States-Item:

There were two known casualties—a boy with a broken jaw and a girl with a broken arm. Both refused medical aid and would not leave the stadium during the performance.

[Police Chief Giarrusso said] I have never seen anything so amusing and yet so tragic.

The Beatles’ one and only show in New Orleans included hometown R&B favorite Clarence “Frogman” Henry as an opening act—he toured with the Fab Four for 18 shows that fall. They’d met when Henry was on tour in England, and the lads were fans of his.

Henry recalled to Michael Hurtt: “Paul, he was my main Beatle that was real friendly, he’d ask me about different New Orleans musicians.” The Beatles were especially enamored of Fats Domino, so Henry helped arrange for the Fat Man to visit their trailer before the City Park show.

Earlier that day, at a press conference with the group, Mayor Schiro stated “What the Beatles do and sing is based on a cousinship with jazz, the jumping danceable historic art form which New Orleans has contributed to world culture.” As it happened, the British Invasion commandeered record sales and bookings from some of New Orleans’ artists who helped inspire it.

The year after the Beatles came calling, City Park Stadium was renamed for Tad Gormley, a beloved local coach and mentor who’d managed the facility. Touring artists continued to cycle through, including Jimi Hendrix, Sly and the Family Stone, and Eric Clapton.

In 1999, the Voodoo Experience launched in Tad Gormley Stadium. Voodoo Fest, as it’s called, is a multi-day, multi-stage festival featuring local bands along with big names in hip-hop, rock, and electronic music (think Jazz Fest with the median age of attendees reduced by two-thirds). In the years since, it has established Halloween weekend in New Orleans as another national appointment for live music.

In the mid-1940s, before Fats Domino, the Beatles, and their musical offspring started filling stadiums, a high school football game here brought together some music-obsessed teenagers of a different stripe. Brothers Frank and Fred Assunto were so eager to play jazz that they posed as the band of a visiting high school football team playing a game here. They caught the ear of young Pete Fountain, a musician on the other sideline. They went on to play together in the Basin Street Six. They would win national acclaim in the midcentury traditional jazz revival–Fountain as a clarinetist and bandleader, and the Assuntos as the core of the Dukes of Dixieland. 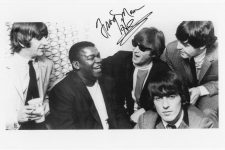 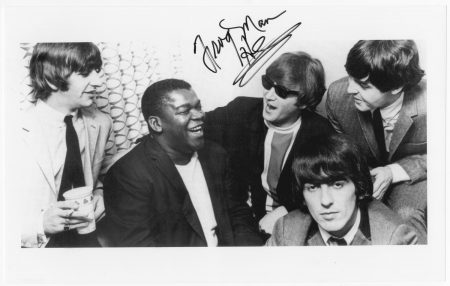 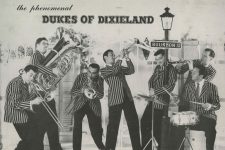 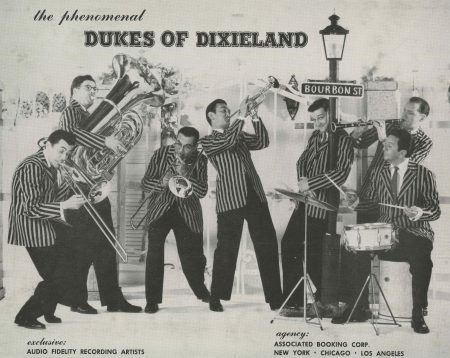 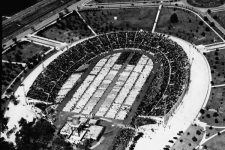 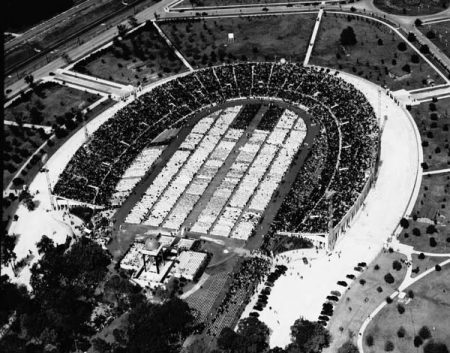 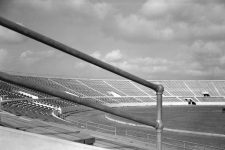 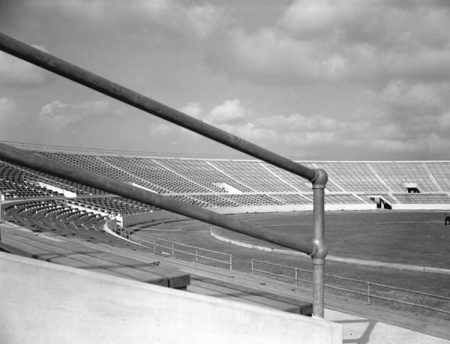 City Park Stadium when it opened in 1937.
Photo by the Works Progress Administration. 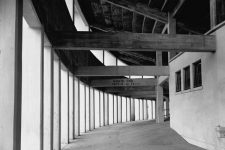 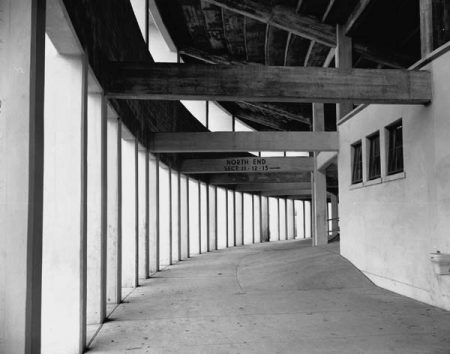 Interior of City Park Stadium when in opened in 1937.
Photo by the Works Progress Administration. 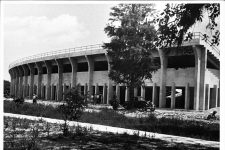 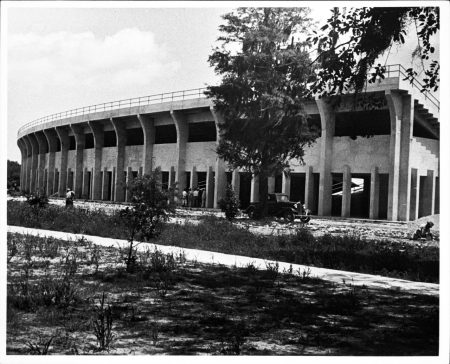 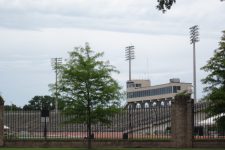 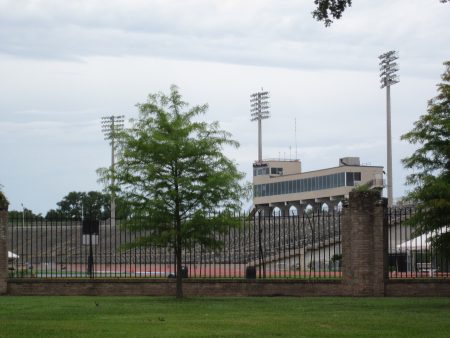