Though it has since fallen out of favor, in Hyp Guinle’s time the term “Dixieland” often referred to white bands playing in a style built on traditional New Orleans jazz. At the Famous Door, the term’s racial overtones were clear: The décor included a Confederate flag, and a postcard from the club depicted a black person sleeping on a bale of cotton. The Kings and the Dukes were white.

Sharkey Bonano often danced onstage with Bourbon Street fixtures Oliver Anderson and Isaac Mason, a duo known as Pork Chop (or Pork Chops) and Kidney Stew. While fellow black artists from Danny Barker to Lionel Batiste respected them as performers, their act included a gamut of racially stereotyped elements carried over from the vaudeville era.

Another Dixieland bandleader, Murphy Campo, hired a youngster called Mac Rebennack to play upright bass at the Famous Door around 1961. Rebennack, who played up and down Bourbon Street before he became known as Dr. John, had recently been shot point-blank in his left ring finger. The wound opened as he played, and at the end of every night he had to clean blood off of the bass he borrowed to make the gig. He didn’t care much for Campo’s sound, and eventually split to Poodle’s Patio down the street. 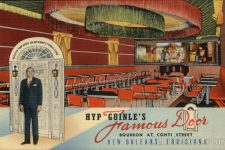 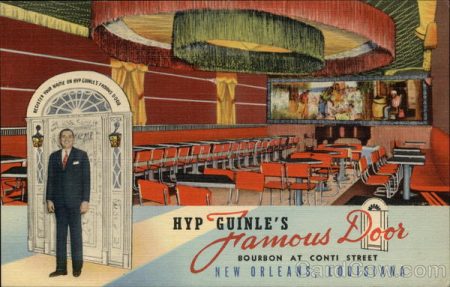 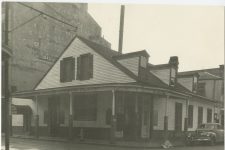 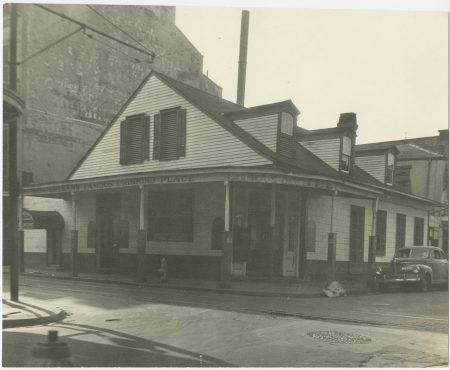 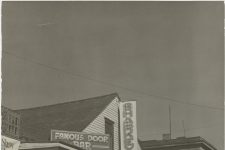 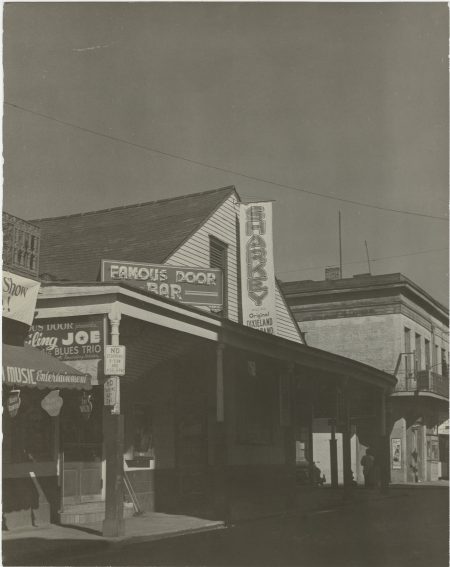 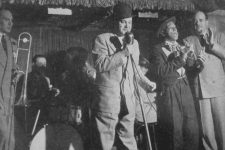 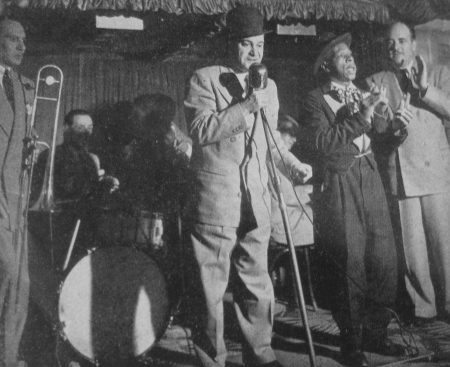 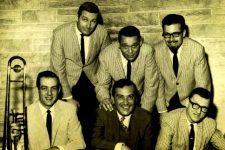 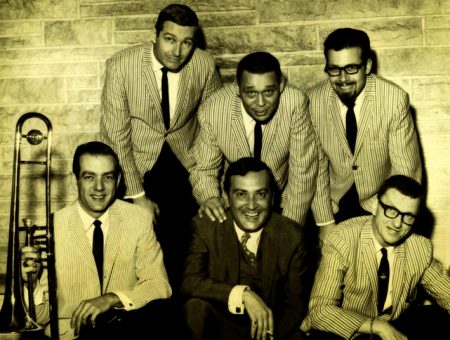 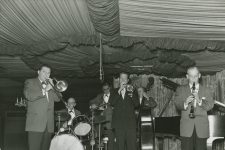 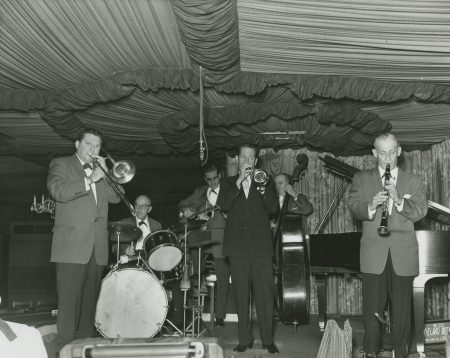 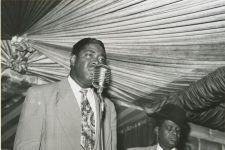 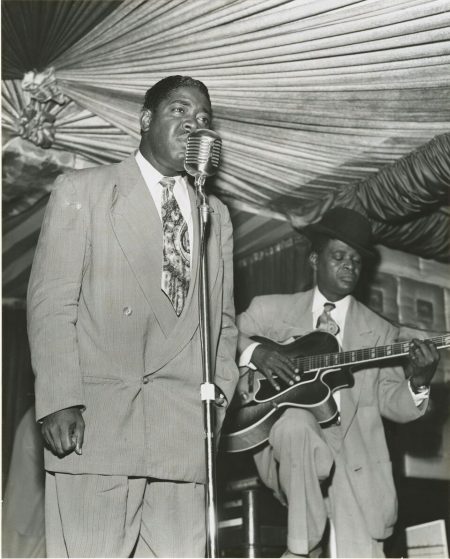 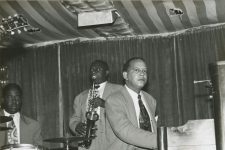 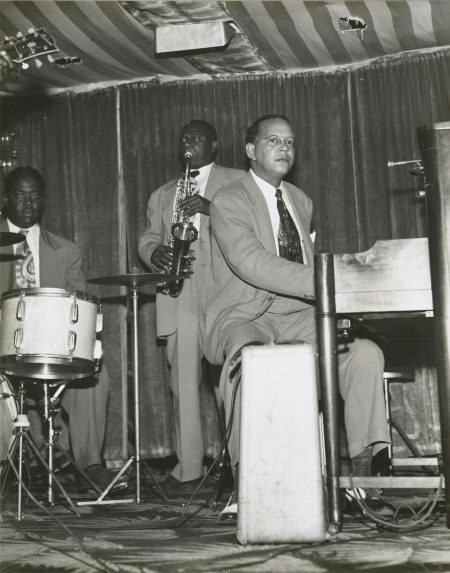 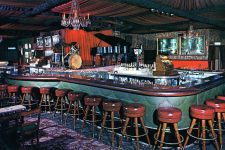 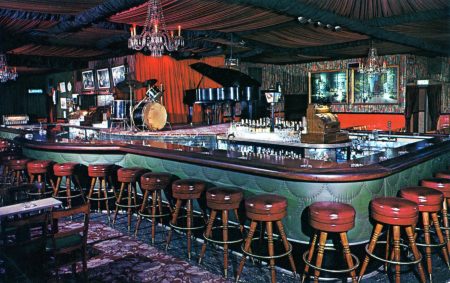 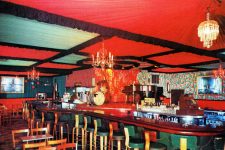 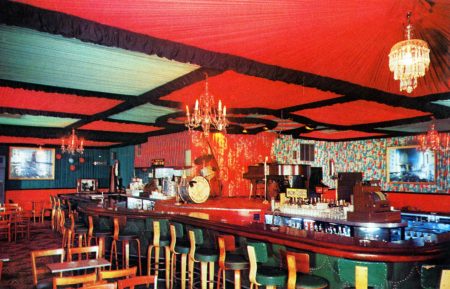 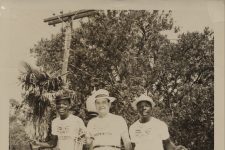 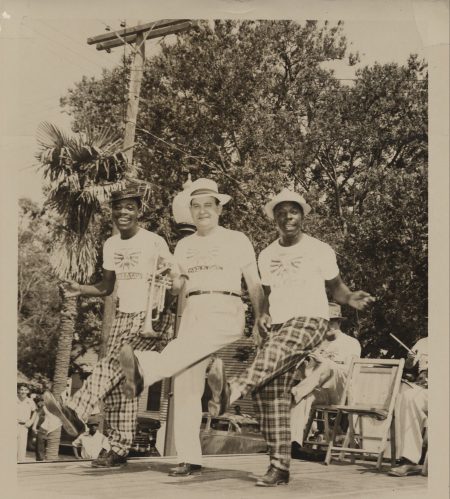 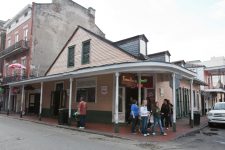 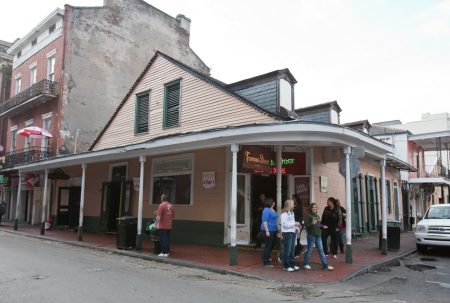