This corner building housed Frank Early’s My Place Saloon, which employed early jazz pianists in the Storyville era (1897-1917). Pianist Tony Jackson worked here before he moved to Chicago in the mid-1910s. Jackson, who composed the song “Pretty Baby,” was known as a piano professor, the term for pianists whose repertoire included a wide variety of songs. Jelly Roll Morton recalled:

“If a Naked Dance was desired, Tony [Jackson] would dig up one of his fast- speed tunes and one of the girls would dance on a little narrow stage, completely nude. Yes, they danced absolutely stripped, but in New Orleans the Naked Dance was a real art. …Not all the piano players in the District were of the type and class as Tony Jackson. At the time, back in 1901, and 1902, we had a lot great blues players that didn’t know nothing but the blues … ”

The building is one of the three remaining buildings from the Storyville district. Most of the neighborhood was torn down in the late 1930s as part of a “slum clearance” effort by the city. The other two surviving buildings include the first floor from Lulu White’s Saloon at 237 Basin Street, and Joe Victor’s Saloon at St. Louis and Villere Streets. 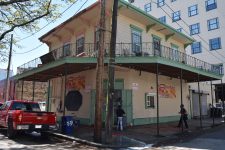 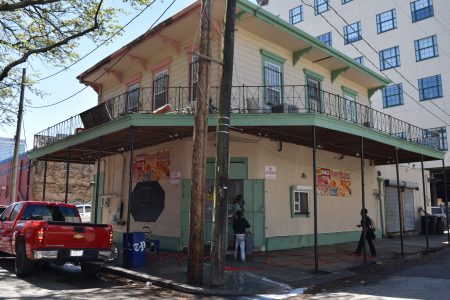 The site of Frank Early's My Place Saloon, one of the last remaining buildings from Storyville.
Photo by Jan Gilbert. 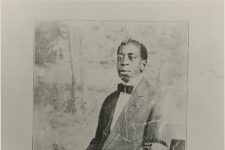 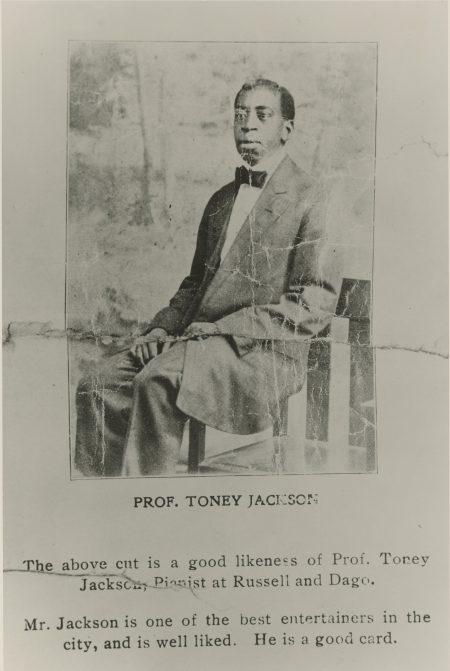 Tony Jackson, who wrote the song “Pretty Baby”, was one of the greatest “professors” in Storyville.
Courtesy of the William Ransom Hogan Jazz Archive at Tulane University.