In late 19th century New Orleans, bands were called on to play everything from holiday celebrations to lawn parties to funeral processions. The music that would come to be called jazz wasn’t born at one particular time or in one particular place—it evolved among musicians skilled at moving an array of different audiences, from honky tonks and brothels to dance halls and society balls. While black musicians lived under an oppressive racial order, the music they pioneered was in demand from a wide swath of the city. 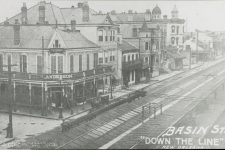 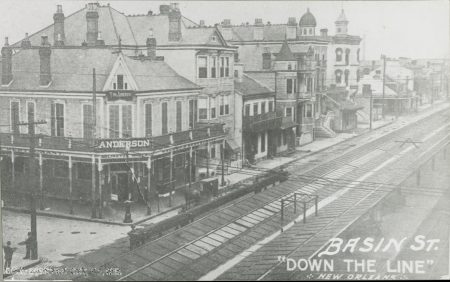 Looking down Basin Street in Storyville. The famous madams had houses in a line just beyond Tom Anderson’s on the corner.
Courtesy of the William Ransom Hogan Jazz Archive at Tulane University
Loading...