The French Opera House built on this site in 1859 was one of the finest in North America, reflecting New Orleanians’ great love for the art form. In the mid-nineteenth century, New Orleans’ opera companies outshined even those in New York. The city hosted American premieres of major new productions and attracted top talent such as Adelina Patti, one of the greatest sopranos of her era.

The French Opera House was a hub of social life in New Orleans, a place where ladies went “in grande toilette.” In addition to operas, the venue hosted plays, dances, and political events. It lent an air of grandeur to Carnival balls, elaborate, costumed affairs held by the city’s elite.

Opera was popular among a wide cross-section of New Orleans society, including people of color. In the mid-1807s, new segregation rules consigned people of color to an upper gallery of the French Opera House, despite the protest of the composer Basile Bares and a boycott by his fellow creoles of color. The great pianist and composer Jelly Roll Morton sat there with his family as a young man. He was one of many early jazz musicians who cited the influence of opera:

[My parents} always had it in their minds that a musician was a tramp, trying to duck work, with the exception of the French Opera House players, which they patronized. As a matter of fact, I, myself, was inspired to play piano by going to a recital at the French Opera House. There was a gentleman who rendered a selection on piano, very marvelous music that made me want to play the piano very, very much.

Though it fell on hard times in the early 1900s, the French Opera House still played a role in the musical life of the city. In 1919, the Boswell Sisters, New Orleans natives who would become national stars as a vocal group, shared a stage for the first time here as a trio of angels in “Veronica’s Veil.” Later that year, after a rehearsal, the building caught fire. By morning it was in ruins. The Times-Picayune wrote, famously, that “The heart of the old French Quarter has stopped beating.” It went on:

Our French Opera was the one institution of the city above all which gave to New Orleans a note of distinction and lifted it out of the ranks of merely provincial cities. It was in a way the anchor of the old-world character of our municipality, and without it there will be the gravest danger of our drifting into Middle-Western commomplacity.

A century later, Bourbon Street keeps New Orleans from the commonplace by other means. You can go to the lobby of the hotel now on this corner and see photographs and memorabilia related to the Opera House and the fire. 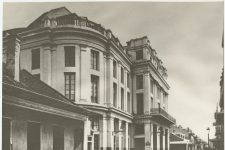 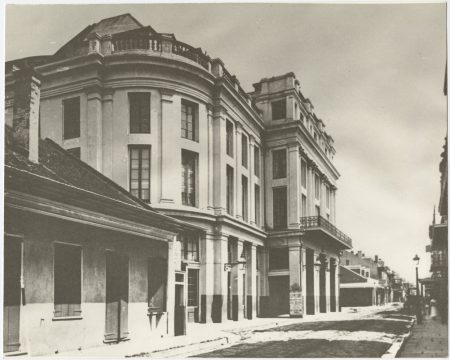 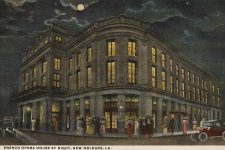 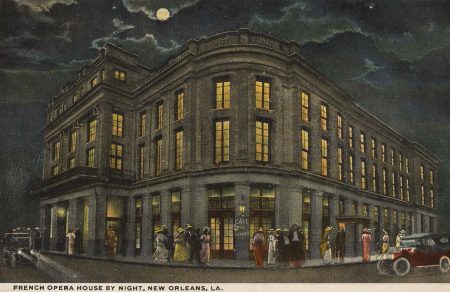 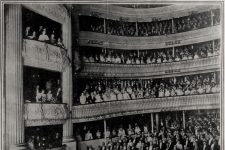 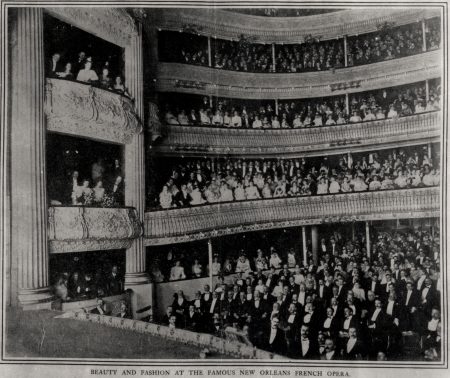 Audience in the French Opera House, which was one of the oldest in America.
Courtesy of Louisiana State Museum Jazz Collection 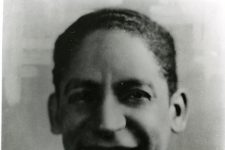 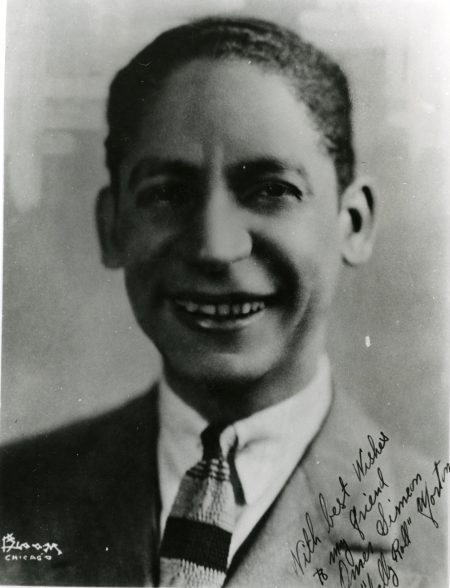 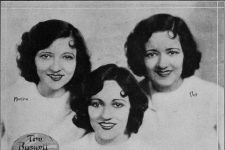 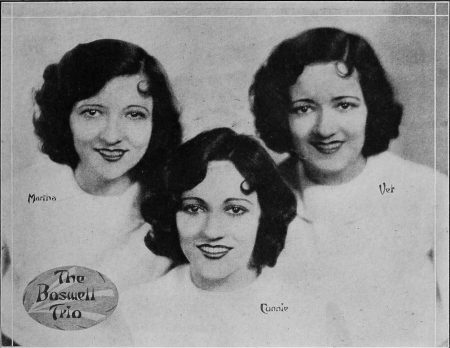 The Boswell Sisters in 1931.
Wikimedia Commons.