There is no street number visible on this building — it is third from the corner of Roosevelt Way.

This early 20th century building with a Romanesque façade was the site of the Hackenjos Music Company, which published sheet music of locally produced compositions. The company hired composers Al Verges and F.C. Schmitt to demonstrate the sheet music sold here. In 1904, it published “Whoa! You Heifer,” an excellent example of a New Orleans ragtime song that is still performed today (the title referenced the meat slaughter site near the French Market’s butcher section). Hackenjos was one of several such companies that made New Orleans a music publishing center of the American South at the time. 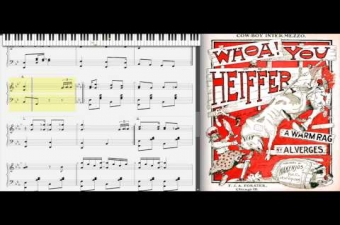 “Whoa! You Heifer” by Al Verges, published in New Orleans in 1904

“Whoa! You Heifer” by Al Verges, published in New Orleans in 1904 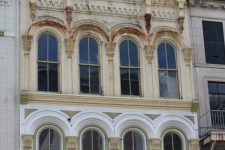 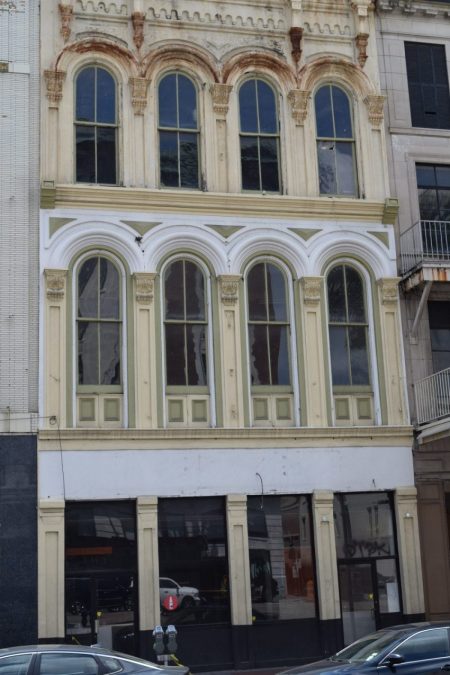 The Hackenjos Music Company building in 2017.
Photo by Kevin McCaffrey.