Some of New Orleans’ top artists played the Ivanhoe in the 1960s, from R&B stalwarts Clarence “Frogman” Henry and Frankie Ford to “Willie Tee” Turbinton’s modern jazz outfit. It was also a place where musicians could gather, experiment, and fine-tune their sound.

This scene helped give rise to the Meters, among the most influential New Orleans bands of the era. After a successful run of shows with his brothers at the Nite Cap, Art Neville took a regular gig here around 1968, bringing three masterful players with him: Joseph “Zigaboo” Modeliste on drums, George Porter, Jr. on bass, and Leo Nocentelli on guitar. “Really, playing the gig at the Ivanhoe was the thing that got us tight,” recalled Porter, “‘cause we were playing six nights a week.“ No rhythm section has ever been tighter.

They caught the ear of Allen Toussaint, who made them a house band at Jazz City studio where they recorded backing tracks for Lee Dorsey, Betty Harris, and others. Dubbed the Meters in 1969, they scored hits of their own with “Cissy Strut” and “Sophisticated Cissy,” instrumentals built on their material from the Ivanhoe. They toured the world in the 1970s as critical darlings, with a string of irresistibly danceable albums paced by Modeliste’s second line-inflected drumming.

The group continued recording with Toussaint, too, playing on classics such as Labelle’s “Lady Marmalade” and Dr. John’s “Right Place, Wrong Time.” Besides being hometown heroes, they proved to be pioneers of the funk genre, and, later, favorites of DJs looking for samples.

They weren’t the only well-known band to trace its origins to the Ivanhoe. A jam session here in 1971 brought together for the first time keyboardist Ed Volker, drummer Frank Bua, and guitarist Camile Baudoin. They formed the Radiators in 1978, adding guitarist Dave Malone and bassist Reggie Scanlan, with Volker as the primary songwriter.

In the ensuing decades the Radiators built a devoted following based largely on their live performances in venues such as Tipitina’s and M.O.M.’s Ball, the notorious Carnival bacchanalia. Fans dubbed themselves Fish-heads, evoking the followers of the Greatful Dead. The 1984 “Fish Head Manifesto” preached:

Party Down Now! Back to the marshes ! Back to the bayous ! the rivers, lakes,
lagoons ! Back again to our salty father’s aquatic beginnings. Fall in love with
mermaids, dance with octopi. Cast off your big brown shoes, get squishy, and
wiggle for all you’re worth.

They played to eager fans around the country before hanging up their rock and roll shoes in 2011. They still reunite for special occasions.

Today, this creole cottage is home to a bar called the Old Opera House that presents cover bands. It’s the same name used by the rowdy strip club that operated here in the 1950s and early 60s before the Ivanhoe moved in, which referred cheekily to the French Opera House that once stood across the street. 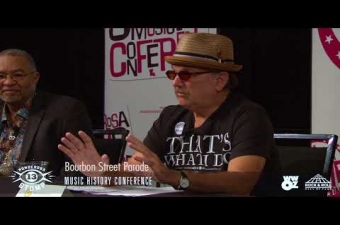 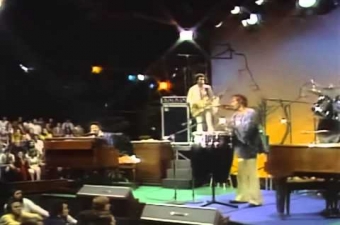 From 1987, The Radiators' music video for "Suck The Head" serves up boiled crawfish with extra corn.

From 1987, The Radiators' music video for "Suck The Head" serves up boiled crawfish with extra corn. 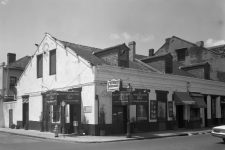 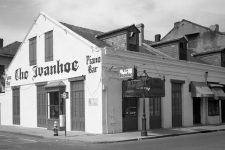 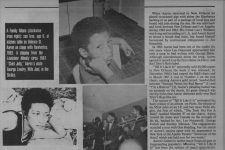 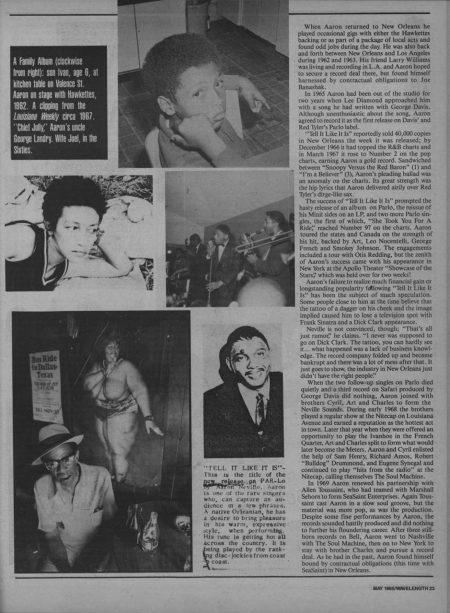 From Macon Fry in Wavelength in 1985, a look at Aaron Neville's career in the late 1960s, including a stint at the Ivanhoe.
Courtesy of Wavelength magazine, accessed through ScholarWorks @ UNO. 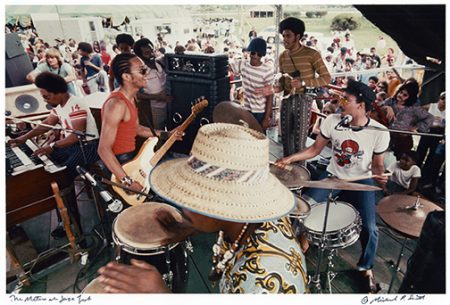 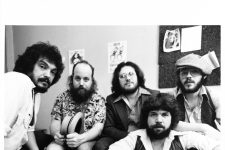 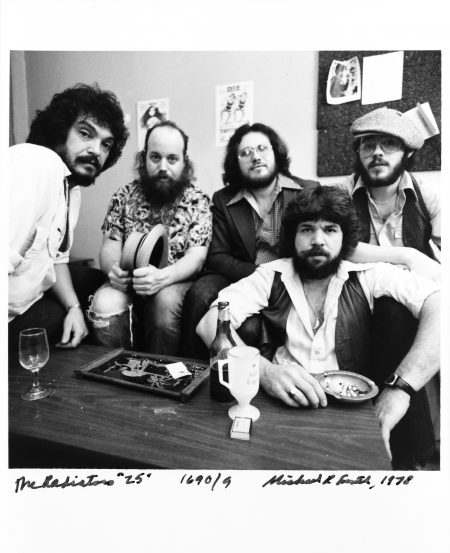 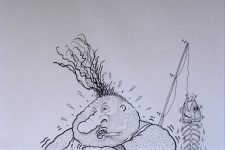 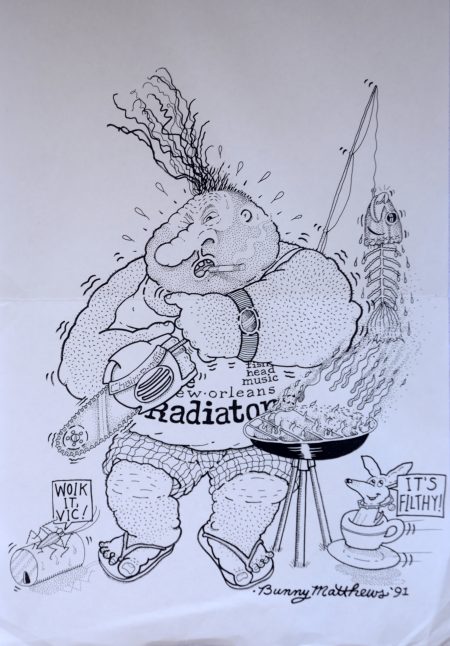 From 1991: Bunny Matthews' iconic creation Vic, seen here without his wife Nat'ly, sports a Radiators tank top. The chainsaw is a reference to an early Radiators performance in which Frank Bua fired up a power tool on stage.
Courtesy of Bunny Matthews. 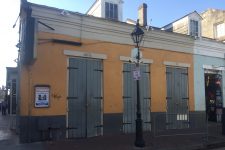 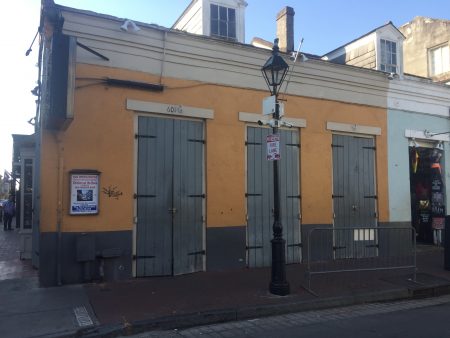 Site of the Ivanhoe in 2017. The club is currently called the Old Opera House, a throwback to the name of the bar here in the 1950s.
© Aubrey Edwards. Photo by Aubrey Edwards.

KnowLA: The Meters
Further reading from the Louisiana Endowment for the Humanities' digital encyclopedia
Music Rising: The Meters
Further reading from Music Rising at Tulane University
Radiators.org
Includes free downloads of live performances.
Up from the Cradle of Jazz: New Orleans Music Since World War II by Jason Berry
Buy the book
I Hear You Knockin: The Sound of New Orleans Rhythm and Blues by Jeffery Hannusch
Buy the book
Bourbon Street: A History by Richard Campanella
Buy the book
Loading...