In the late 1930s the Rhythm Club featured the hottest swing and big bands in the country, as well as top local talent like the Dooky Chase Orchestra and Joe Robichaux’s New Orleans Rhythm Boys. The nephew of John Robichaux (1866 – 1939), who led one of the first proto-jazz bands around the turn of the century, Joe Robichaux (1900 – 1965) played piano and led a group including future brass band patriarch Waldren “Frog” Joseph on trombone and trumpeter Dave Bartholomew (1918-2019), who would help usher in the rhythm and blues era in the 1940s.

The Rhythm Club was one of only a few Black dance halls in town big enough to host marquee touring bands. In November 1940 the Chicago Defender reported, “Thousands of dance enthusiasts turned the beautiful new Rhythm Club into a mecca of jumping jive and emotionalism when Louis ‘Satchmo’ Armstrong invaded his hometown.” Though New Orleans was segregated at the time, the club’s proprietors, the Mancuso brothers, were known to hold seats in reserve for white customers willing to cross the color line for a night’s entertainment.

“Chuck” Badie, who would play bass with everyone from Lionel Hampton to Allen Toussaint, recalled hanging outside the Rhythm Club as a teenager in the early 40s. He told author Jeff Hannusch that he’d watch the members of famous big bands file out of their tour buses. Inside, while others jitterbugged, Badie studied the bass players.

A contemporary of Badie’s, Earl Palmer (1924 – 2008), had performed in floor shows at the Rhythm Club when he was 13. Palmer grew up as a vaudeville performer—his mother and aunt were dancers on the circuit who toured Cuba with Joe Robichaux’s band in the mid-30s. Palmer was a natural drummer, but, like Badie, he used the G.I. Bill to study theory at the Grunewald School of Music. They graduated as remarkably versatile players, and both earned places in the Dave Bartholomew Orchestra, the best in town by the late 40s.

Bartholomew’s career had gathered momentum after a trip home from the Army in 1943, when Jimmie Lunceford brought his orchestra to the Rhythm Club in need of a trumpet player. As Bartholomew later recalled to the Times-Picayune:

So the guy who owned the Rhythm Club, Tooty Mancuso, thought I was the greatest trumpet player in the world. He recommended that I audition, and I said, “Tooty, you’re crazy. I can’t play in that band.” It was the greatest band in the world at the time. I was scared just thinking about it. But I remembered what old man Peter Davis, who taught Louis Armstrong, said when he was teaching me. He said, “An ‘A’ is an ‘A’ whether you’re in Germany, Italy, or wherever. I told the same thing to Louie.” So I went to the Lunceford audition with that attitude, and I got the job. He was playing $15 a night. I went on the road with them for a little while before the Army called. It was one of the best things in my life.

In 1946 the Rhythm Club was expanded and renamed Club Rock-It, then Club Rocket. By then World War II had changed the trajectory of popular music, and Bartholomew was on its leading edge. One night at Club Rocket, Don Robey, a kingpin of the Chitlin Circuit, heard Bartholomew and booked him to play his Bronze Peacock Club in Houston. That’s where Lew Chudd of Imperial Records saw Bartholomew and hired him as an artist and talent scout.

The deal had major implications for the future of rhythm and blues, in New Orleans and nationally. In 1949 Bartholomew recruited 21-year-old Fats Domino (1928 – 2017) for a session at J&M Studio, where he recorded “The Fat Man” for Imperial. It was a hit, and helped establish Bartholomew’s reputation as a producer. He tapped Palmer and other members of his orchestra as a studio band and became an architect of New Orleans R&B. Joe Robichaux, adapting to the times, played piano on some Imperial sessions produced by his former trumpeter. His old trombonist “Frog” Joseph recorded for Imperial, too.

The owner of Club Rocket, Melvin Cade, was Domino’s first booking agent. He died tragically in 1952, when he lost control of Domino’s Cadillac en route to a gig near Franklin, Louisiana. The car flipped multiple times, landed upside down, and burst into flames. Domino and two other musicians managed to escape with minor injuries. A few years later, Domino and Bartholomew would churn out a succession of R&B hits that took the New Orleans sound worldwide.

Since its early days as the Rhythm Club, the building at Jackson and Derbigny hosted a variety of events in addition to concerts, including parades and balls for social aid and pleasure clubs like Zulu and the Jolly Boys. It was gutted by fire in 1965. 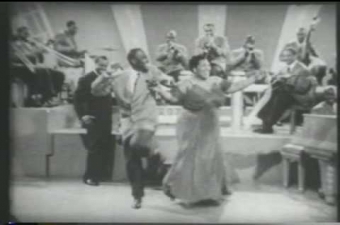 Louis Armstrong with his big band in 1942. He performed at the Rhythm Club twice in this era.

Louis Armstrong with his big band in 1942. He performed at the Rhythm Club twice in this era. 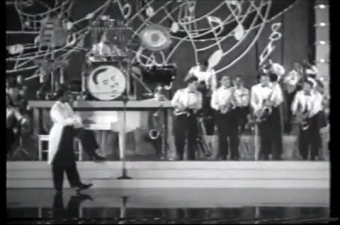 Jimmie Lunceford and his Dance Orchestra in 1935. Dave Bartholomew caught on as a trumpeter with Lunceford at the Rhythm Club.

Jimmie Lunceford and his Dance Orchestra in 1935. Dave Bartholomew caught on as a trumpeter with Lunceford at the Rhythm Club. 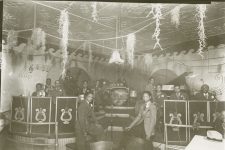 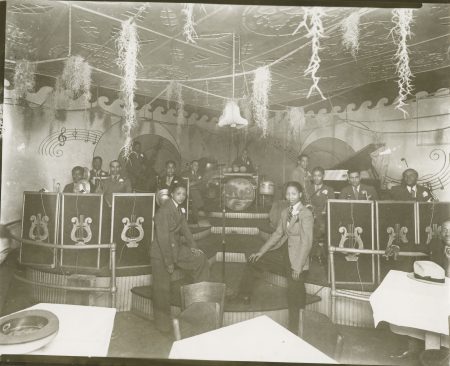 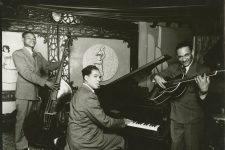 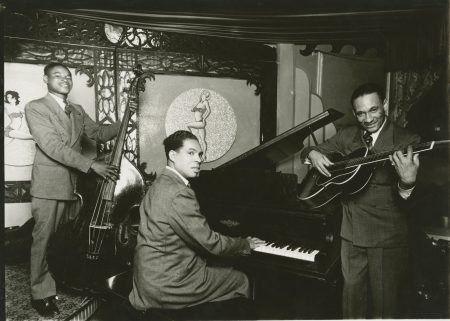 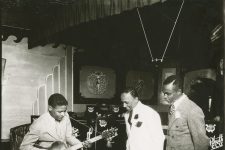 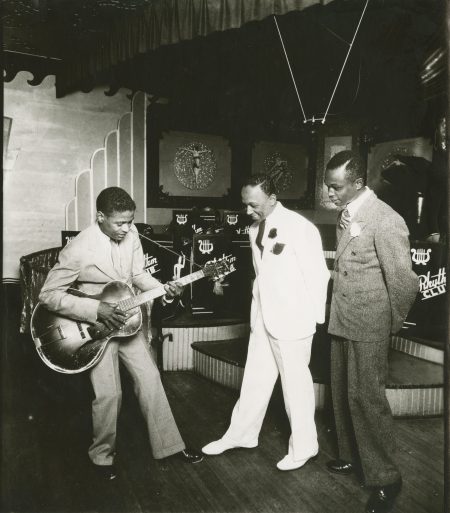 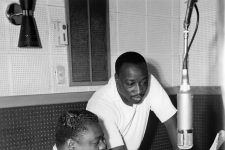 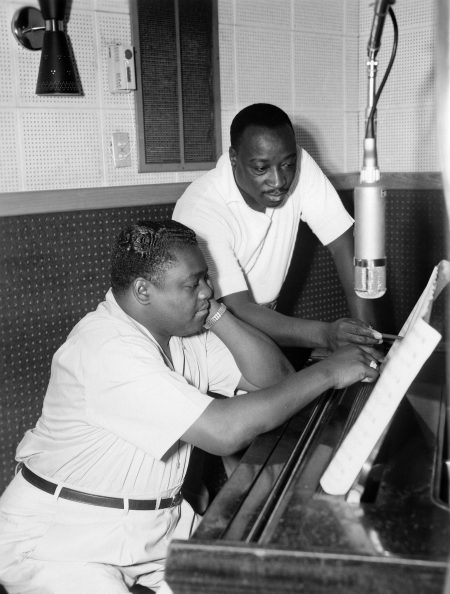 Dave Bartholomew, seen here with Fats Domino, caught a break at the Rhythm Club in 1942 that set him on a path to the Rock & Roll Hall of Fame.
The Charles L. Franck Studio Collection at The Historic New Orleans Collection, 1994.94.2.2286. Photo by Franck-Bertacci Photographers. 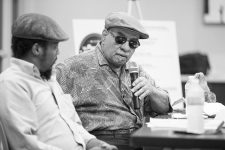 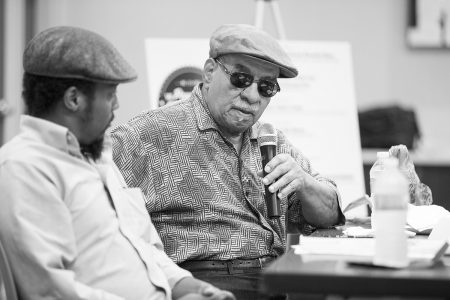 The venerable Chuck Badie speaking with Jesse McBride in 2015. He was inspired to pick up the bass after listening to big bands at the Rhythm Club.
© Edgar Mata Photo by Edgar Mata for the Ponderosa Stomp Foundation.