The Sho Bar opened in 1948, presenting burlesque acts such as Kitty West, who, as Evangeline the Oyster Girl, emerged from a giant oyster shell to jazz accompaniment and danced with a pearl the size of a volleyball. Blaze Starr, the “Queen of Burlesque,” performed here during her famous affair with Louisiana Governor Earl K. Long (Starr also claimed a dalliance with President Kennedy).

The Sho Bar’s musical history is just as rich. In late 1953, bandleader Louis Prima took a residency here with singer Keely Smith, whom he’d recently married (she was 25; he was 43 and had three ex-wives). Prima, who’d been discovered on Bourbon Street twenty years earlier, was developing material for Smith in an effort to update his act. In 1954 they got a gig in Las Vegas where, with saxophonist and Bourbon Street veteran Sam Butera, they rose to national fame and helped define casino entertainment.

As bebop turned on New Orleans musicians in the 50s, artists such as Harold Battiste and Melvin Lastie used after-hours jam sessions at Sho Bar to stretch out musically. Author Charles Suhor noted that strip clubs became unlikely redoubts for modernists, where “heavily accented phrases and ‘weird’ harmonies became part of the decidedly countercultural, borderline verboten ambience.” Exotic dancers at the Sho Bar performed to the sounds of a modern jazz house band including the great Smokey Johnson on drums.

In the early 60s some of the city’s top R&B acts performed here, including Ernie K-Doe (“Mother in Law”), Danny White (“Kiss Tomorrow Goodbye”), and King Floyd (“Groove Me”). Their late-night sets didn’t end until the sun was up on Sunday mornings. The singer Joe August, known as Mr. Google Eyes or Mr. G, often hosted these shows—he’d become a Bourbon Street mainstay after cutting records as a youngster in the 1940s and 50s.

Sadly, Mr. G left the strip after a harrowing experience recorded by author Jeff Hannusch in I Hear You Knockin’. He dated a white dancer from the Sho Bar, and they were arrested for “miscegenation” — simply being an interracial couple in public. When they got home from the police station the dancer told him “If I can’t have you nobody can,” and shot him in the stomach. He survived despite abuse from the white men driving the ambulance tasked with bringing him to the hospital.

The Sho Bar lived on (in another location on Bourbon Street) as a low-budget strip club into the 2010s. Its days as a live music venue were long over but it reportedly still engaged in B-drinking, a hustle dating back to the street’s early days as a vice district. It would start with a woman employed by the club asking a male customer to buy her drinks. The bar would sell real drinks for the men and overpriced, watered-down ones for the women, who kept a cut of the profits. 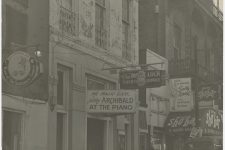 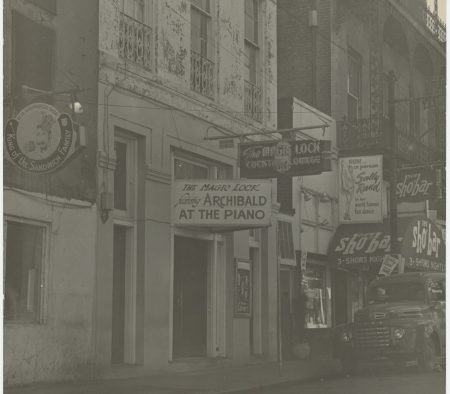 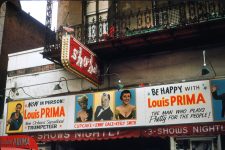 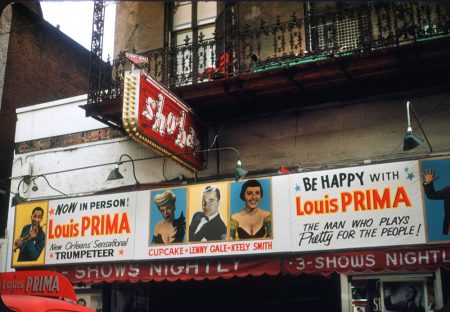 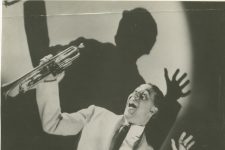 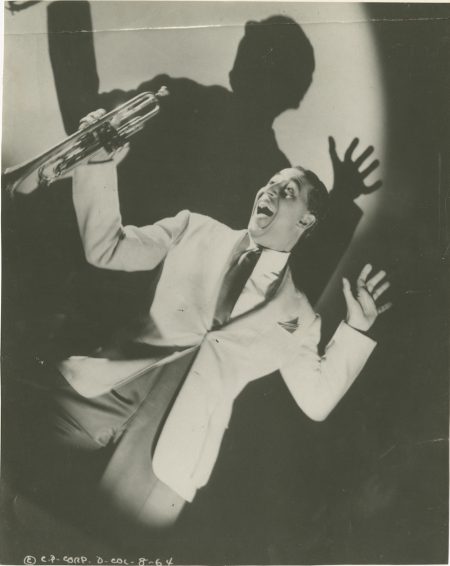 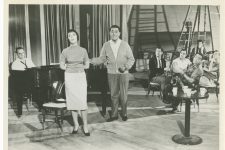 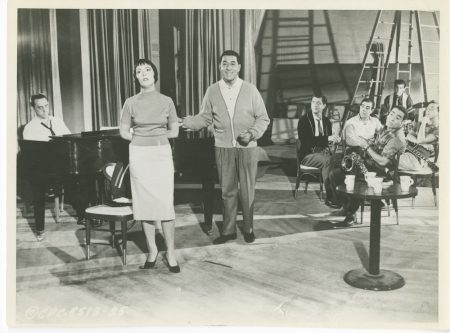 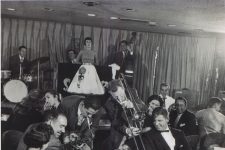 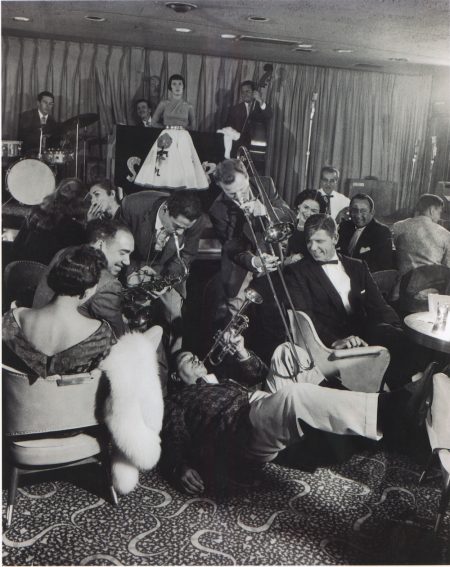 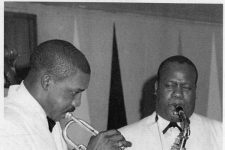 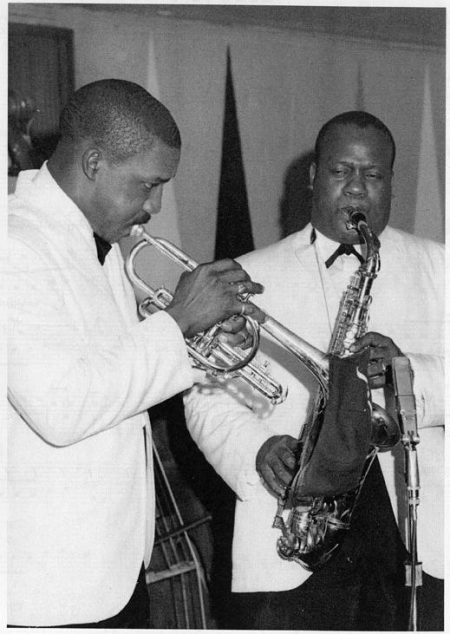 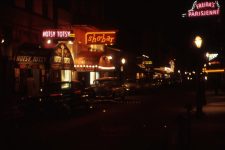 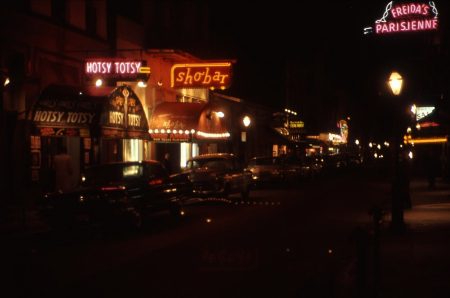 Sho Bar in December 1963.
Courtesy of Laird Scott. Photo by Laird A. Scott. 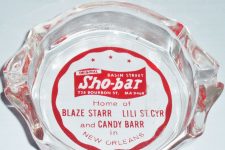 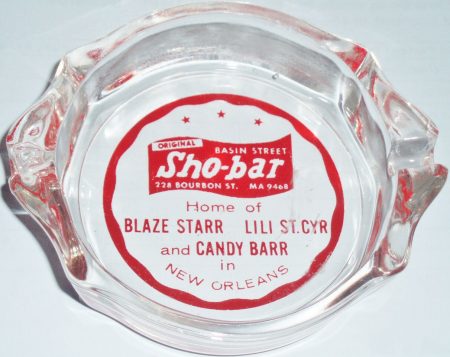 Sho Bar ashtray. Blaze Starr (1932-2015), one of the biggest stars in burlesque, began her notorious affair with Governor Earl K. Long while performing at the Sho Bar.
Posted by Frank Kelsey 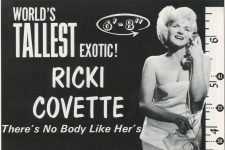 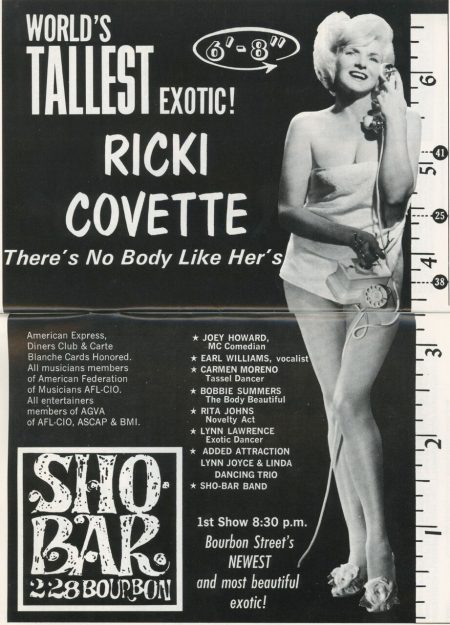 A two-page spread advertising, among other things, the Sho Bar's commitment to hiring union musicians. In this era inspectors went from club to club on Bourbon Street having players present their union cards.
Photo posted by burleskateer 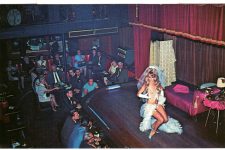 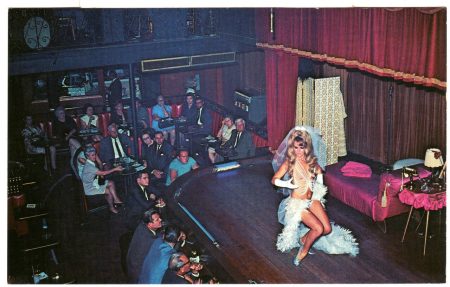 A postcard image from the Sho Bar dated 1972 featuring Brigette Boudreaux on stage in front of a well-dressed, mixed-gender crowd.
Posted online by imperturbe. 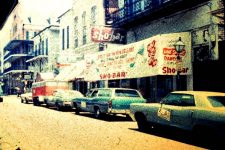 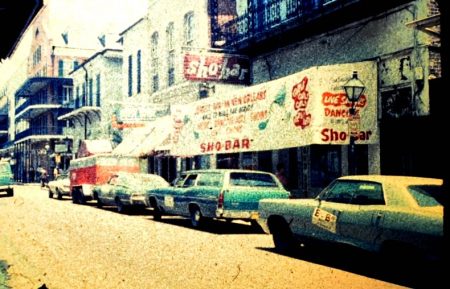