When Sam Anselmo and his partners opened the Dream Room in 1956, they billed it as “Bourbon Street’s only Dance Lounge,” a classy place where “Ladies are invited without escort.” The dance floor was spacious and the bandstand saw national touring acts from doo wop stars the Ink Spots to big band drummer Gene Krupa. Traditional jazz groups played here, too, including those led by Paul Barbarin, Tony Almerico, and Sharkey Bonano. Trombone great Jack Teagarden played his last show at the Dream Room.

As white audiences caught on to R&B, more hometown talent cycled through, including a teenaged Skip Easterling, called the “Blue Eyed Soul Brother.” The club became known for its jam sessions that wailed from 4am until 9am on Sunday mornings. Guitar ace Edgar Blanchard and his band (“Those Fabulous, Zany, Torrid and Entertaining Gondoliers”), already well established in black clubs, became regulars.

Another group known for its late night residency here was Danny White and the Cavaliers. In 1962 White cut “Kiss Tomorrow Goodbye” for Frisco Records, which became a New Orleans classic but ran into distribution issues nationally. In any event, White’s band was one of the hottest live R&B acts in town. Guitarist Irving Bannister recalled the scene in Jeff Hannusch’s The Soul of New Orleans:

Every night the place was packed…We usually had a job before we played the Dream Room, and a lot of people would follow us there. Sam Butera used to come in the Dream Room and steal Danny [White’s] stage routine. I know, because I saw him in Las Vegas and he had Danny’s stuff down pat. Mac Rebennack [aka Dr. John] used to come in there a lot and watch me play.

Thievery aside, Bourbon Street gigs were valuable opportunities for young musicians to learn from veterans. In addition to Rebennack, the guitarist Ernie Vincent looked to Bannister—who’d played with Sugar Boy Crawford and Guitar Slim—to teach him his first chords (Vincent would go on to cut “Dap Walk,” a funk burner with an inimitable guitar sound).

The Dream Room closed in late 1964. Your Father’s Mustache, a national nightclub chain with a Gay 90s theme, moved in with a novelty “Dixieland” band called the G-String Strugglers. The bar sold beer steins with the slogan “Where the time of your life is right under your nose.” In 1975, an employee set it on fire. 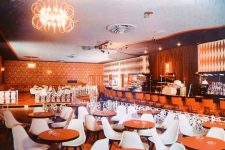 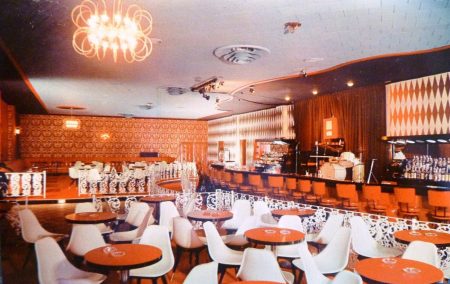 Postcard from the Dream Room in 1959.
Originally published by John W. Gough. 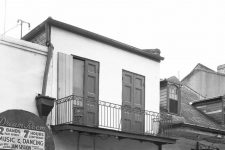 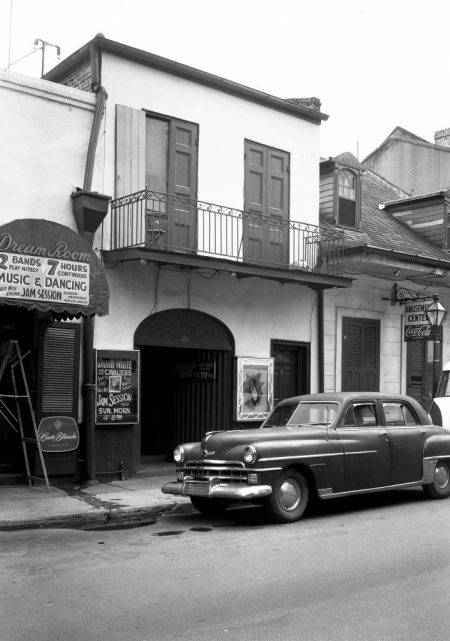 The Dream Room circa 1959, advertising a jam session with Danny White and the Cavaliers.
Courtesy of the Collins C. Diboll Vieux Carre Digital Survey. Photo believed to be by Dan S. Leyrer. 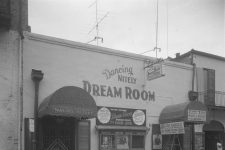 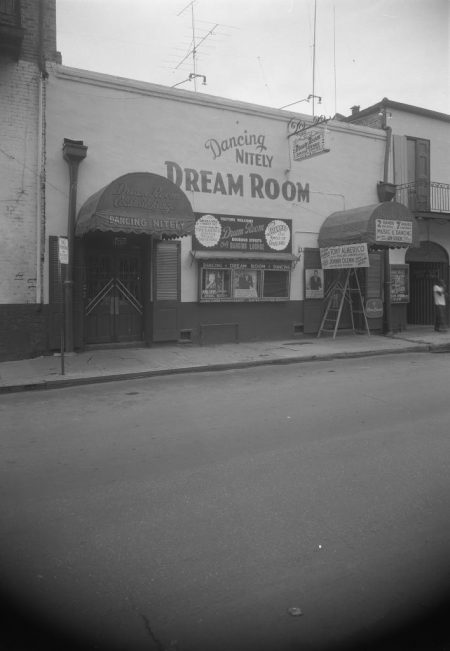 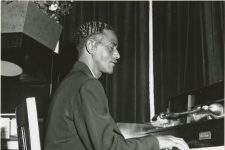 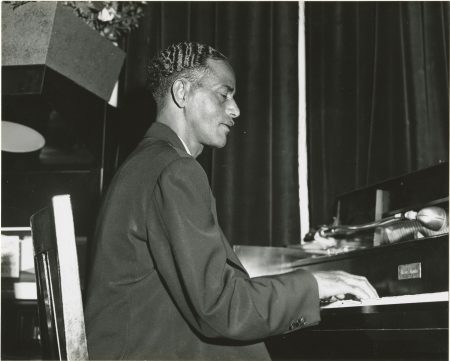 Lester Santiago on the piano with Paul Barbarin's band at the Dream Room in 1958.
Courtesy of the Ralston Crawford Collection of Jazz Photography, Hogan Jazz Archive, Tulane University. Photo by Ralston Crawford. 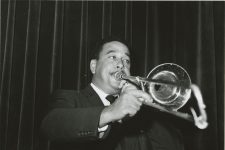 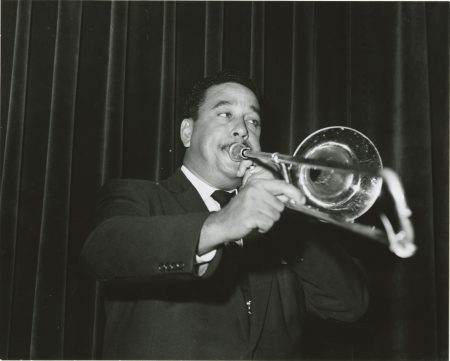 Clement Tervalon on the trombone with Paul Barbarin's band at the Dream Room in 1958.
Courtesy of the Ralston Crawford Collection of Jazz Photography, Hogan Jazz Archive, Tulane University. Photo by Ralston Crawford. 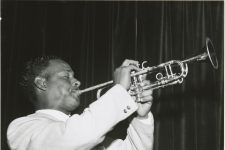 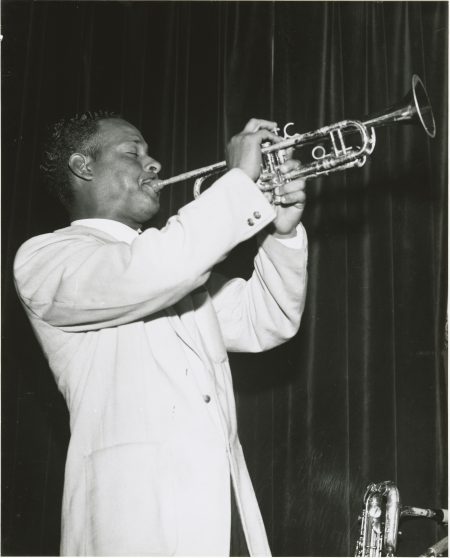 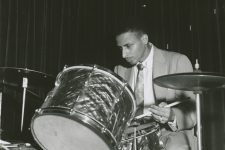 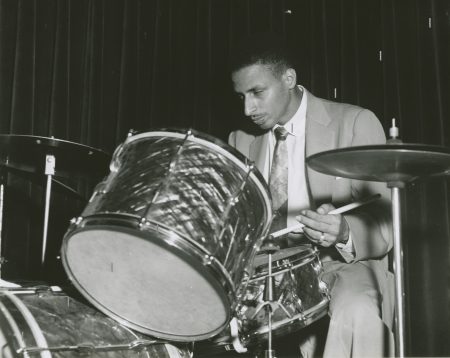 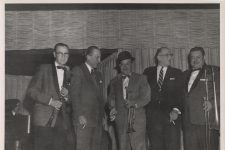 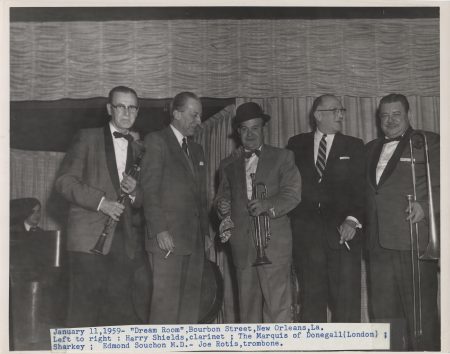 From left to right: Harry Shields with clarinet, The Marquis of Donegall of London, Sharkey Bonano with trumpet, Dr. Edmond Souchon, and Joe Rotis with trombone at the Dream Room on Bourbon Street, 1959.
Courtesy of the Louisiana State Museum Jazz Collection. 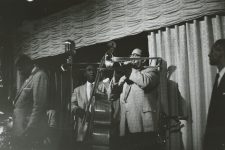 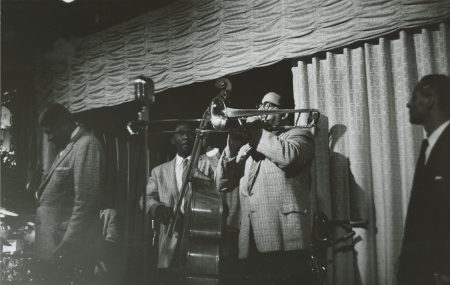 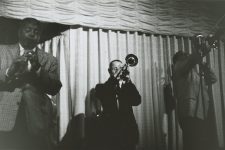 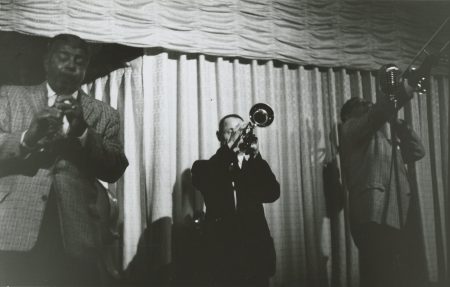 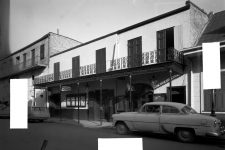 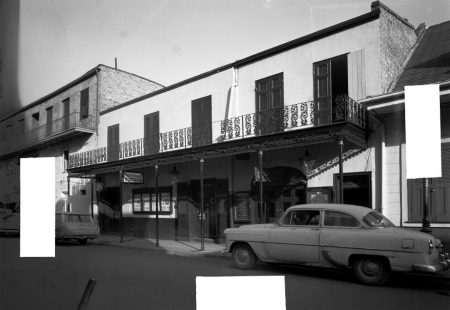 From 1965, Your Father's Mustache, a nightclub in the building previously occupied by the Dream Room.
Courtesy of the Collins C. Diboll Vieux Carre Digital Survey. Photo by Dan S. Leyrer. 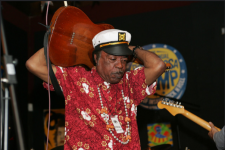 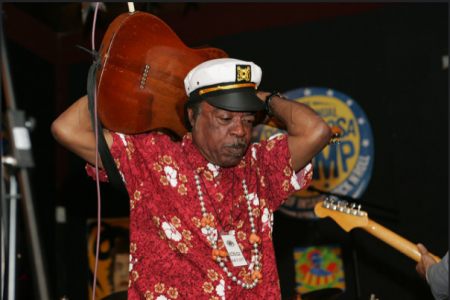 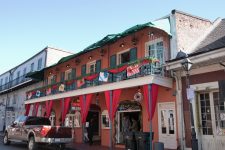 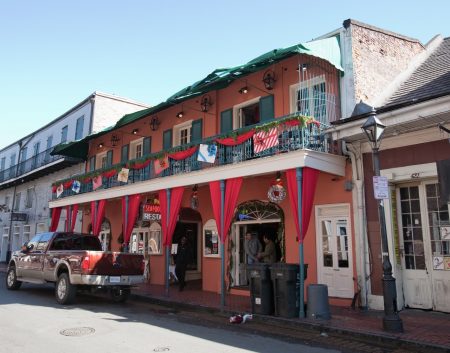 Bourbon Street: A History by Richard Campanella
Buy the book
The Soul of New Orleans: A Legacy of Rhythm and Blues by Jeffery Hannusch
Buy the book
Up from the Cradle of Jazz: New Orleans Music Since World War II by Jason Berry
Buy the book
Loading...