A small, two-block stretch called Gallatin Street, now called French Market Place, was once the headquarters of vice in New Orleans. A visitor to the street in 1873 described the scene for the Times-Picayune:

Gallatin street is wet and slippery, it is dimly lighted, for rows of tall houses with battered, broken shutters, and windows unlighted, look down on the stones below. Gallatin street has a puddle here and there on the sidewalk, but these cannot be seen, as the moon has not come yet over the edge of the tall, seemingly untenanted houses by which the street passes. But the houses with the wet bricks and the dark broken windows are inhabited by hundreds of human beings. This is one of the haunts of poverty. Squalor and misery are sleeping above in chambers so dark and damp as the cold pavestones below.

We reach the doorway of a large room, whence the music proceeds. We pause, look in, and a sailor with a blue shirt and trousers and a blue flat cap on the back of his head, half grunts, half hiccoughs as he says, ‘Sail in if yer after fun an’ frolickin’.’

Although arguably on the decline by the time this article was published, Gallatin Street sheltered some of the most dangerous criminals, street gangs, and con men of the mid-1800s in New Orleans. The port of New Orleans during this time was booming, keeping a constant flow of men and women through Gallatin Street’s infamous barrooms, dance houses, and brothels. There was rarely a fee to enter, but men were encouraged to buy a drink for their dance partner at the end of each dance, keeping the bartenders happy and the patrons “loose.”

Prostitution, said to be the second most profitable business in town, proliferated on Gallatin Street. While women were often victims of violent crime here, some were also perpetrators. Mary Jane Jackson, better known as Bricktop, who worked at Archy Murphy’s brothel, compiled a record of assaults throughout New Orleans. She was eventually deemed too rough for even one of the roughest dance houses on Gallatin Street.

In 1897, City Ordinance 13032 created the boundaries of Storyville, a red-light district, where musicians such as Tony Jackson and Jelly Roll Morton would go on to provide the nightly soundtrack. The dance houses and brothels on Gallatin Street, outside of Storyville’s limits, became illegal.

In the 1920s, the writer Lyle Saxon described Gallatin Street as a quiet, almost haunted, area, reserved for vendors at the nearby markets. Once one of the most dangerous streets in the country, in the middle of one of the South’s economic centers, Gallatin Street’s former tenements and vice dens were demolished to expand the French Market in 1935.

Today, live music continues on this site at events including the French Quarter Festival and the Creole Tomato Festival. 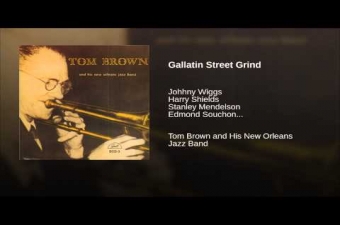 Video posted by The Orchard Enterprises. 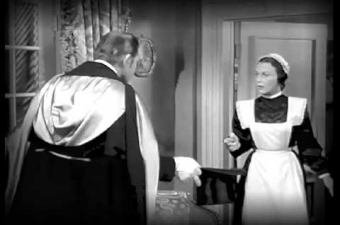 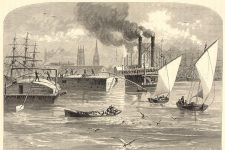 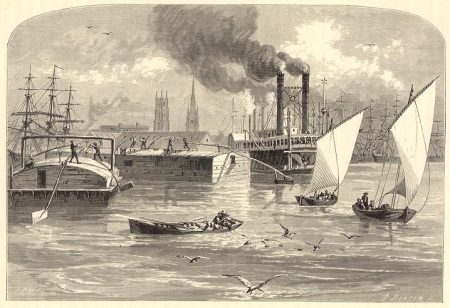 "Mississippi River at New Orleans, 1873" a woodcut by A. Measom Jr. based on a sketch by A.R. Waud. Riverfront traffic in the 19th century fueled the Gallatin Street vice dens.
Public domain. 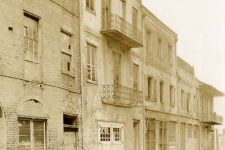 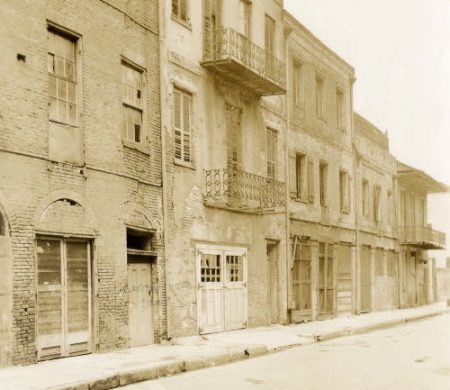 View of Gallatin Street in the 1930s, shortly before demolition.
Public domain. Photo from WPA. 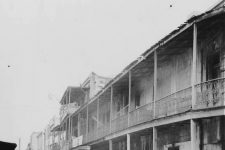 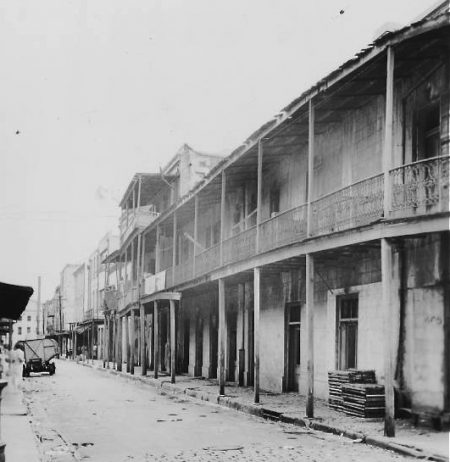 View of Gallatin Street in the 1930s, shortly before demolition.
Public domain. Photo from WPA 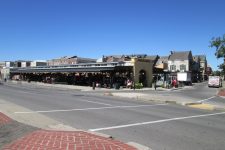 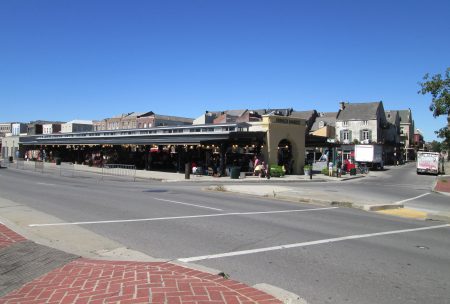 The French Market today, built on what was once Gallatin Street.
Wikimedia Commons. Photo by Infrogmation. 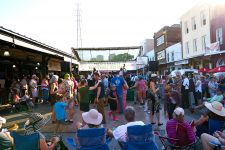 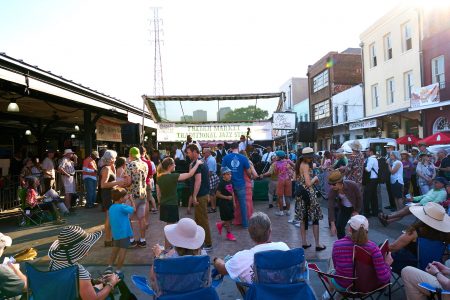 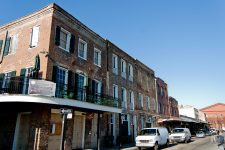 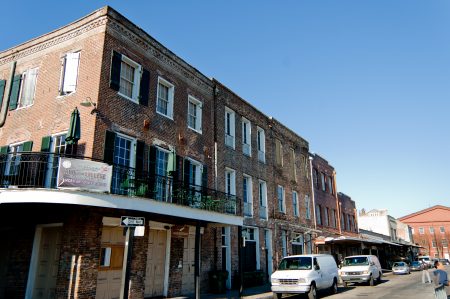 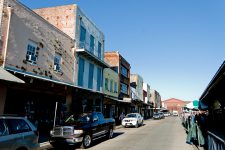 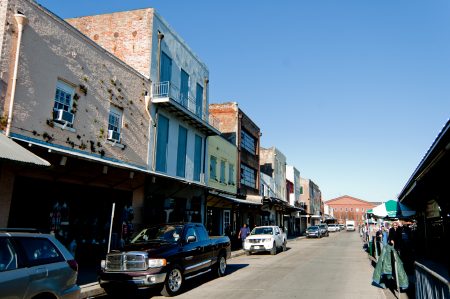 From 2014, the lakeside of French Market Place, formerly Gallatin Street. Old U.S. Mint visible at the end of the street. French Market at far right.
Courtesy of the New Orleans Jazz Museum. Photo by Joe Stolarick. 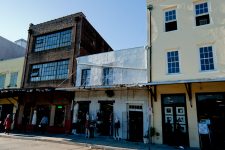 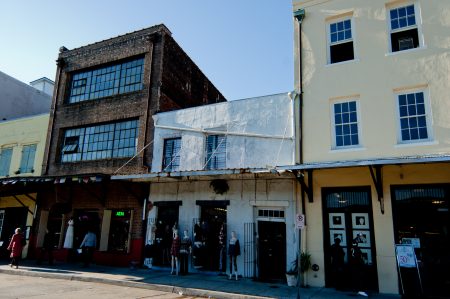