New Orleans’ brass band tradition, rooted in the 19th century, took on new life toward the end of the 20th. The Dirty Dozen Brass Band began incorporating bebop, R&B, and funk into their style, bringing a new sound to the streets. The Rebirth Brass Band followed in their footsteps and added hip-hop to the mix.

By the 1990s, a new generation of bands and social aid and pleasure clubs led a second line renaissance. The brass band boom continued after Hurricane Katrina in 2005, despite musicians’ and club members’ displacement from neighborhoods like Treme that had been its historic incubators. 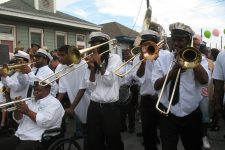 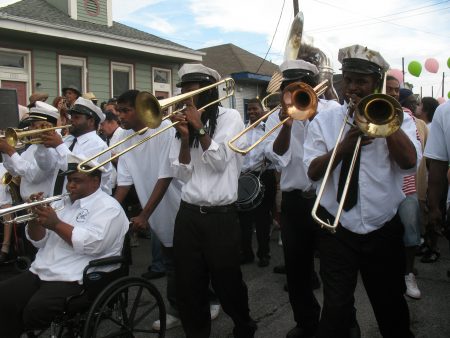